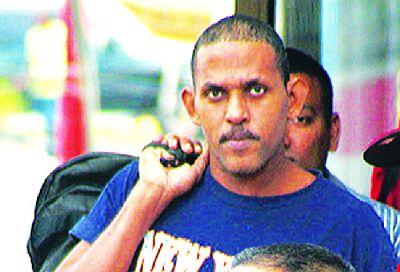 Marlon King, the 47-year-old man accused of torturing and beating four-year-old Amy Emily Annamunthodo to death over 15 years ago is about to have a retrial.

The Court of Appeal Judges Alice Yorke-Soo Hon, Mark Mohammed, and Malcolm Holdip, who upheld King’s appeal against his conviction last month, ruled this morning that he should face another trial.

“We are satisfied that the interest of justice would be served by so ordering,” said Justice Mohammed, who delivered the panel’s unanimous decision.

The panel ordered that his case be placed on a judge’s trial list to be heard expeditiously and indicated that the case should come up for case management by August 9th.

King is accused of murdering his stepdaughter Annamunthodo at his home in Ste Madeleine Road, Marabella, on May 15, 2006.

Annamunthodo was burnt with cigarettes on her vagina, inner thigh, and forearm an hour before she died. She suffered multiple internal and external injuries throughout her body, including a broken rib and bruised organs.