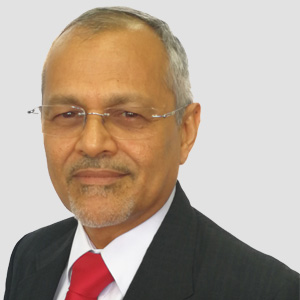 Retired Professor of Electrical Engineering, Chandrabhan Sharma, will head the three man specialist team which will do a detailed probe of Wednesday’s blackout in Trinidad.

The committee will investigate the cause of and the national response to the power outage.

It will also be required to make recommendations to prevent a recurrence of such an event.

A one month time period has been given to the team to complete its work.

Minister of Finance, Colm Imbert, made the revelation in the House of Representatives Friday afternoon.

Minister Imbert was at the time delivering a statement which was authorised by the cabinet on behalf of the Office of the Prime Minister.

Minister Imbert said Professor Sharma joined the University of the West Indies in 1986 and also outlined his other qualifications.

Professor Sharma’s research interests are in the areas of energy systems and energy economics and he is also an expert in electrical engineering with over forty years’ experience in the field.

The second member of the independent team is a structural engineer, retired university lecturer and former Chairman of the Trinidad and Tobago Electricity Commission, Keith Sirju.

Acting Superintendent of Police currently assigned to the Special Branch with twenty –five years’ experience in policing, Allister Gueverro, is the third and final member of the team.