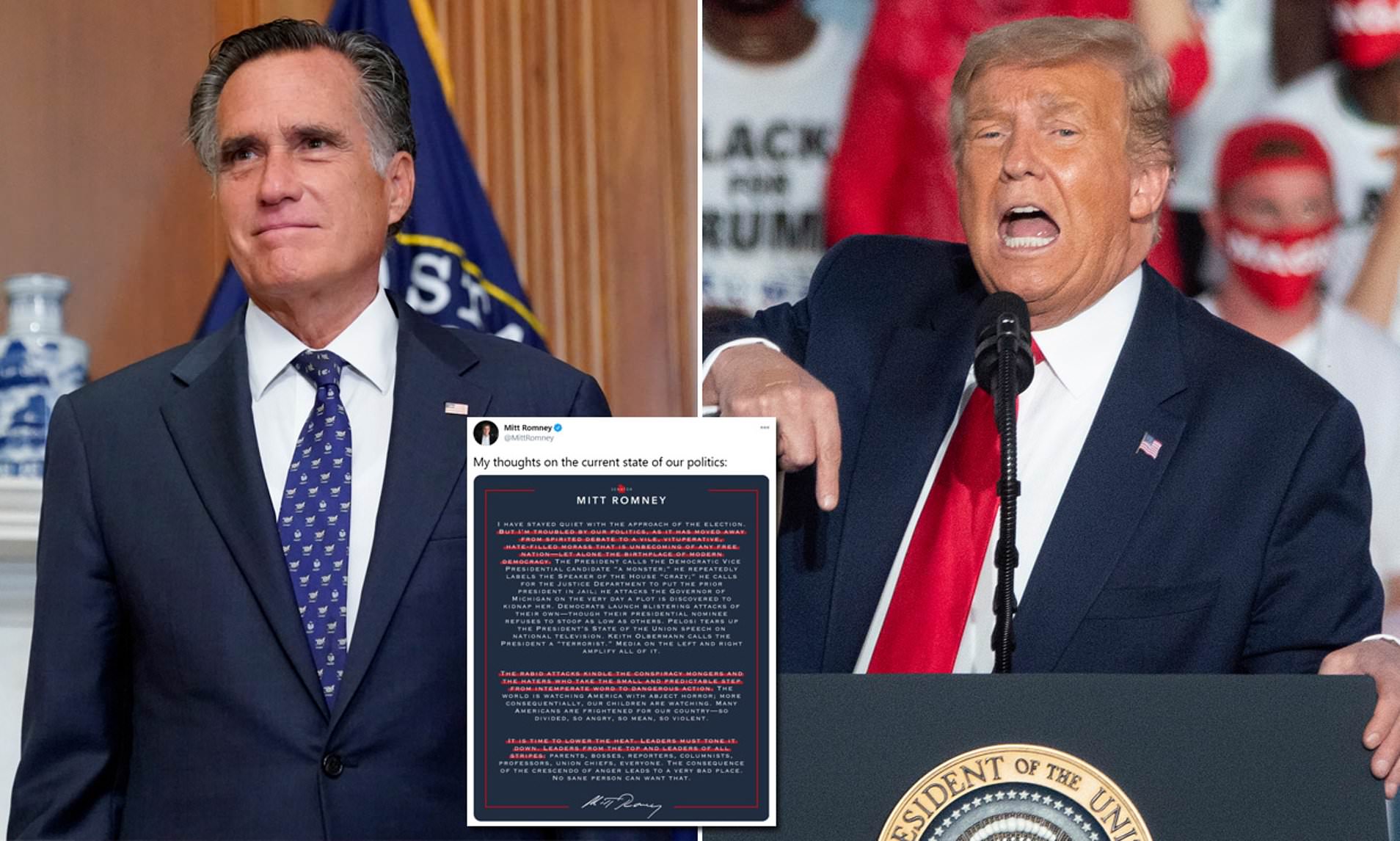 Republican Senator Romney Calls Out Trump And ‘Vile’ US Politics

With just about three weeks of the presidential elections left, which is scheduled for November, Republican senator Mitt Romney said he is concerned about the direction of the political debate in the USA,immersed in an abusive and hate, inappropriate for a free country, which is also the cradle of modern democracy “.

Romney, who has repeatedly collided with Donald Trump, despite belonging to the same party, and was even the only Republican senator to vote in favour of the President’s impeachment process earlier this year – points the finger to politicians from both parties.

My thoughts on the current state of our politics: pic.twitter.com/oYY4zlX6ZP

However, the choice of examples tends to show that President Trump, re-candidate to a second term, is particularly highlighted in the criticisms of Romney, who ended up saving the Democratic candidate, Joe Biden, saying that until he “refuses to lower himself to the level of others”.

“The President calls the Democratic candidate for vice-presidency (Kamala Harris) of ‘monster’; he repeatedly calls the leader of the chambertimes of representatives (Nancy Pelosi) from “crazy”; he asks the Department of Justice to arrest the former President (Barack Obama) “, denounced Mitt Romney, in a message on his Twitter account.

Romney, while also targeting Democratic Party politicians, is less harsh on them, putting the President in the main target of his attacks.

Regarding the Democratic opposition, the Republican senator criticizes only the fact that Nancy Pelosi “to have torn the President’s speech about the State of the Union, live on television”, in reference to an episode that dates from the beginning of the year.

Romney also criticized a recent video in which a political commentator close to the Democrats, Keith Olbermann, dubbed Donald Trump a “terrorist”.

“The world looks at America with horror tinged with contempt,” added Romney, saying that “many Americans fear” for their own country, “so divided, so furious, so bad, so violent”.

“It is time to lower the temperature. The leaders must lower the tone,” concluded the Republican senator in his Twitter message.