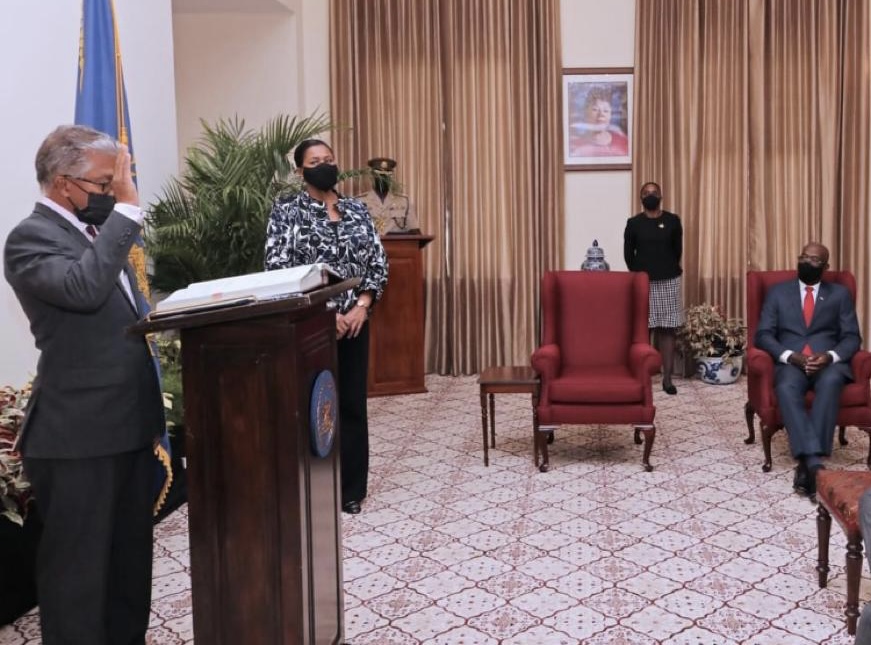 In a media release on Wednesday afternoon, the Office said it looks forward to partnering with him in keeping watch and continuing to be guardians of the public’s interest.

The Office also recognized the achievements of the outgoing Attorney General and Minister of Legal Affairs, Faris Al-Rawi, for his invaluable contribution in significantly changing the legal landscape of Trinidad and Tobago in the form of plant, machinery, processes and the law.

The Office said Mr. Armour SC is an Attorney at Law specializing as an Advocate in the areas of Commercial Law, Labour Relations Constitutional and Public Law and Fraud and maintains a wide Caribbean Legal activism.

The release said he was appointed a Senior Counsel by the President of the Republic of Trinidad and Tobago in 2003 and debated before the Caribbean Court of Justice, the Judicial Committee of the Privy Council and, Courts of Appeal and High Courts across the Caribbean.

He is a former member of the Law Reform Commission and the Legal Aid Authority of Trinidad and Tobago.

Mr. Armour was appointed by the President of the Republic of Trinidad & Tobago to serve as Tribunal Counsel to the 2007 Lord Michael Mustill Tribunal.

In 2012 Mr. Armour was appointed by the Chief Justice of the Eastern Caribbean Supreme Court as Tribunal Counsel to the Stollmeyer Tribunal, sitting in St. Lucia, which were both constitutional Tribunals established to investigate and report on judicial misbehaviour.