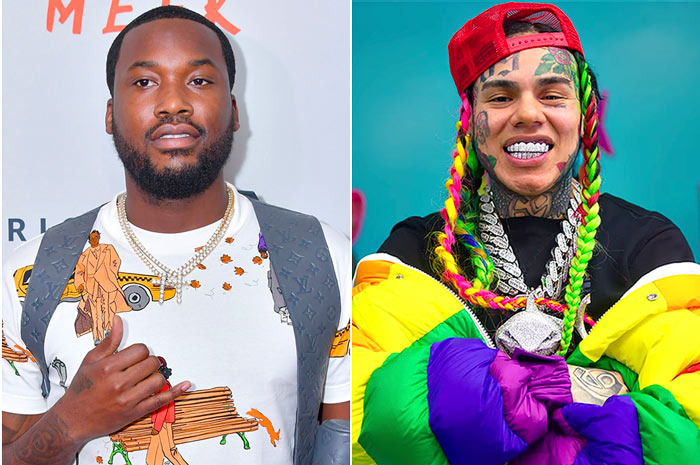 Rappers Meek Mill and 6ix9ine Have Confrontation Outside Atlanta Club

In the early hours of the morning, Meek Mill and Tekashi 6ix9ine ran into each other and things got heated.

In the videos which have been shared to social media, Meek and 6ix9ine can be seen exchanging words with each other as their respective entourages and security try to separate them.

Taking to Twitter to give context to the videos, Meek said, “69 waited out side the club for me they tryna get usssssss wtf” before adding, “We did not run into eachother I was getting in my car he just popped out ….we almost was smoking on that 69 pack for the love of a viral moment ….. he tryna get something locked up no cap lol”

“Why did he pick meeeee wtf lol.”

Bad blood between Meek and Tekashi can be traced back to Tekashi’s trial when Meek criticised the rapper for cooperating with the police.

In May 2020, Meek said, “I hope that rat going live to apologize to the people he told on or the victim….. Y’all forgot that fast a “rat” killed nipsey he wasn’t suppose to be on the streets! That’s the only thing ima day because he’s dead… left his baby mom and child like a coward as targets!’

Tekashi replied with, ‘Imagine having a new born baby come into the world and be pressed about a Mexican with rainbow hair.”