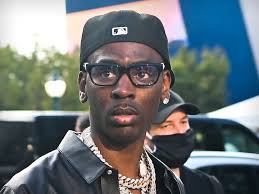 According to a spokesperson for the Memphis Police Department, rapper Adolph Robert Thornton Jr., known as Young Dolph was shot and killed on Wednesday November 17.

Dolph was visiting the South Memphis bakery Makeda’s Homemade Butter Cookies at the time of the incident.

Attorney Scott Hall confirmed that Dolph who mostly lives in Atlanta, was scheduled to hand out turkeys in his old neighbourhood before he was killed.