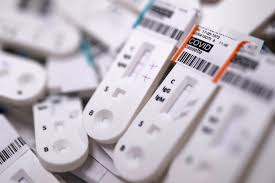 Soon the Covid-19 rapid diagnostic tests, which guarantee results in 15-20 minutes, will be implemented globally, however, in a first phase, the World Health Organization (WHO) will distribute around 120 million to low-income countries and average earnings.

The announcement was made this Monday by Tedros Adhanom Ghebreyesus, director general of WHO, at the usual press conference on the evolution of the pandemic in the world. “Manufacturers Abbott ABT.N and SD Biosensor have agreed, together with the Bill & Melinda Gates Foundation, to make 120 million of these new rapid diagnostic tests available.”

Tedros stressed that the distribution of these 120 million Covid-19 “portable and very easy to use”, will be made in “low and medium income countries, in a maximum period of six months”, with each test having a current cost of five dollars . “It is possible that the price will fall,” he said.

“This measure will allow for the expansion of tests, especially in areas of difficult access, which do not have laboratories or health professionals trained to test”, said the general director adding: “This is a vital addition to the testing capacity and especially important in areas of high transmission ‘.

The tests, similar to a pregnancy test, with two blue lines that indicate a positive result, are faster and easier, but of high quality, allowing the mass screening of people who are dying in disproportionate numbers in the poorest countries.

The wealthier countries that have signed up for the Access to Covid initiative (ACT accelerator), such as the United Kingdom, will also be able to order the tests, according to The Guardian. The initiative was launched in March by WHO, the European Commission, the Gates Foundation and the French government.

In exchange for a volume guarantee from the Gates Foundation, companies are making 20% ​​of their production available to low- and middle-income countries and 80% to the rest. Germany has already ordered 20 million tests and France and Switzerland are following suit.

Here, the Minister of Health, Marta Temido, has already mentioned that the Government still does not recommend the use of rapid tests to diagnose the virus that causes Covid-19, however she revealed that there is (a panel of experts at work) to define under what circumstances tests can be used.

“We have been working on rapid tests, until the end of the week we will have a definition of the circumstances in which these tests can be used, because the context of their use is mainly at stake,” said the official at a press conference, at last Wednesday.

Marta Temido also recalled that «these tests do not eliminate the hypothesis of the occurrence of results that are false negative and therefore this is what for us deserves special care, in defining the concrete context of its use.

Loading...
Newer Post
TT Parliament loses one of its own- procedural clerk assistant dies
Older Post
CAL to save US $1.6M with salary cuts and temporary employee layoffs