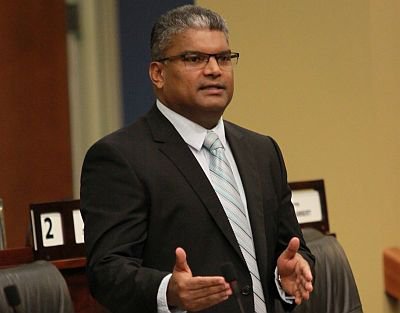 It is with great sadness that we learnt of the untimely death of Akili Charles who was murdered on Sunday evening.

Akili was an extraordinary young man with great potential who genuinely wanted a better life. It would be wrong to assume that he was just another “bad boy” who was on the wrong side of the law. Truth be told, he did everything humanly possible to stay away from a life of crime and paid the ultimate price for resisting the pressurefrom criminal elements.

The culture of criminality has penetrated and engulfed certain communities to such an extent that the stark reality is that young men are faced with only two choices, submit and join criminal gangs or be a dead example to others who hesitate.

Painting Akili with the broad brush of criminality is the easier option for many.

Linking Akili, the murder victim with the murderer is a coping mechanism which allows us to carry on with life as normal and not confront the flippant indifference and lack of social reaction with respect to crime.

Psychologically, we put a distance between “us” and “them” and this provides the justification for the lack of anger and outrage that our conscience should feel when people are murdered with impunitydaily. It’s easier if we simply say “he was probably involved in something gang ting” or assume that he was involved in some wrong doing and “that’s why it happened.” That type of justification enables the “it won’t happen to me” mind set which is comforting to the average citizen.

Akili had no criminal convictions and was freed of the murder charge which was brought against him because there was simply no evidence against him. The court dismissed the matter against him on a no case submission. He was robbed of 9 years of his life in prison awaiting his day in court. His desire to be an advocate for change within the criminal justice system earned him both positive and negative attention.

Coming on the heels of the judgement from the Privy Council in Akili’s favour it is only natural for people to question whether Akili’s murder had anything to do with his success in the court. If it did, it is an outrageous and sinister attack on the justice system itself as it shows that unpopular judgements can bring social revenge. Such behaviour is a threat to the rule of law and undermines the legal system.

If that is where we have reached as a society then we are not simply a failed state – we are a decaying state that refuses to confront the raw and ugly reality all around us as we slide deeper and deeper into the social abyss and coma that defines our present existence.

This is not a case of a family saying he was “a good boy” when in truth and in fact he was not. Akili was a decent, humble, gentle and respectful young man with a lot of ambition. His murder is a sad reflection of the growing reality for young men that no good should be allowed to flourish in the midst of evil. His death should spark national outrage and anger but it will not. Until we confront the reason for this we could never truly progress as a society. After all, we are conditioned to believe that there is nothing such as a decent, innocent young man from certain communities and we are encouraged treat them with the presumption of guilt instead of innocence.

Akili fought to make a change to the system to combat that injustice and that was his contribution towards building a more fair and just society.