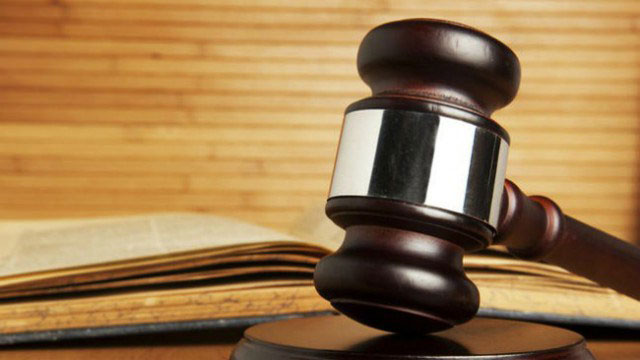 ‘Rambo’ and ‘Shotta Boy’ to stand trial for murder

Two men were committed to stand trial at the next sitting of the Assizes when they appeared before virtually before Chief Magistrate Maria Busby Earle-Caddle on Thursday 18th February, 2021 at the Port-of-Spain Eighth Magistrates’ Court.

The accused, BRANDON HARRY, also called ‘RAMBO’ and TERRANCE JOSEPH, also called ‘SHOTTA BOY’, were arrested and charged relative to the circumstances surrounding the death of JUSTINE DAVIS and the wounding of GERVAIS JACKMAN which occurred Sunday 14th July, 2019.

Around 7:20 pm on the said date, Justine Davis and Gervais Jackman were at an apartment located at L’anse Mitan Road, Carenage, when it is alleged that three men entered the premises armed with machine guns. It is alleged that one suspect stayed downstairs the apartment while the two other suspects proceeded upstairs to the apartment on a room on the western side of the building.

Loud explosions were heard and two suspects left the said apartment making good their escape in a white vehicle. One victim, Gervais Jackman, then left the apartment and was conveyed by a passer-by to the St James Medical Hospital with gunshot wounds to his upper chest and abdomen.

When police first responders arrived at the scene, they observed in a room on the western side of the apartment, a quantity of 5.56 cartridges on the floor, blood and the lifeless body of Justine Davis lying face down in a pool of blood with holes about her body resembling gunshot wounds.

The District Medical Officer visited the scene examined the body and pronounced the victim dead at 10:20pm on the same day.

Save The Fishing Industry Appeals An Opposition MP 0

Cerron Richards: Covid poses a challenge to the prison system 0