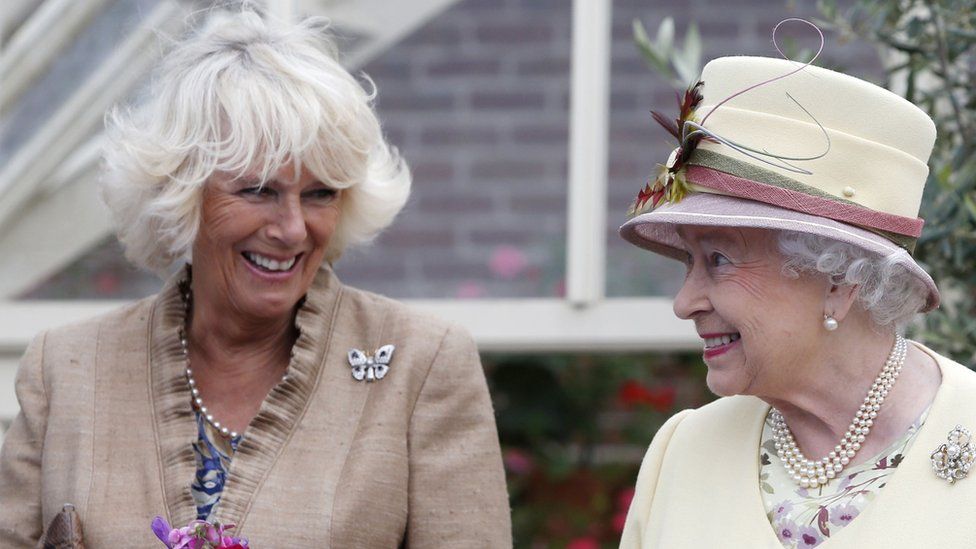 Queen wants Camilla to be known as Queen Consort

The Queen has said she wants Camilla, the Duchess of Cornwall, to be known as Queen Consort when Prince Charles becomes King.

In a message marking the 70th anniversary of her reign, the Queen said it was her “sincere wish” that Camilla would have that title.

There had been suggestions Camilla would be known as Princess Consort.

But the Queen’s announcement paves the way for her to be known as Queen Camilla in the future.

A Clarence House spokesman said the Prince of Wales and Duchess of Cornwall were “touched and honoured”.

The Queen’s message, marking her accession to the throne in 1952, directly addresses the unresolved question of the Duchess of Cornwall’s future title.

“It is my sincere wish that, when that time comes, Camilla will be known as Queen Consort”, she writes.

“Queen Consort” refers to the spouse of a ruling king and would mean “Queen Camilla” as her future title.

There has been a different practice for male consorts of a monarch, such as Prince Philip or Queen Victoria’s husband, Prince Albert, who have become ‘Prince Consort’ rather than King.

The usual precedent would have been for Camilla to automatically become Queen when Charles was King, but because of uncertainty about public opinion it had been suggested that would not be the case.

Charles and Camilla were both divorcees when they married in 2005 in a civil marriage. Charles had previously been married to Princess Diana but they divorced in 1996, a year before she died in a car crash in Paris.

She reflected on how much she had gained from support given “unselfishly” by Prince Philip and thanked the goodwill shown to her by “all nationalities, faiths and ages in this country”.

On Sunday, the Queen becomes the first monarch in British history to have reached a Platinum Jubilee.

It is expected to be a private day, with no public appearances. The Queen said it was a day that “even after 70 years, I still remember as much for the death of my father, King George VI, as for the start of my reign”.

Queen wants Camilla to be known as Queen Consort 0