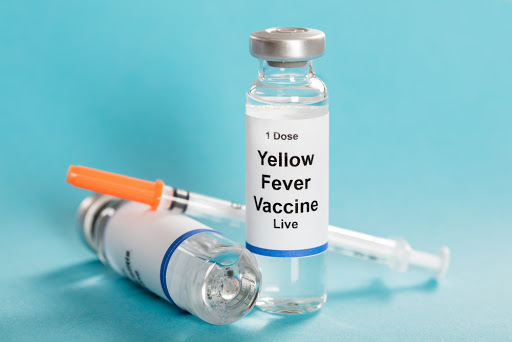 Public urged to get vaccinated against yellow fever

Members of the public are being by the Ministry of Health to get vaccinated against yellow fever.

In a media release issued to the public this afternoon, the Health Ministry said “that there has been a recent increase in the number of deaths within the monkey population in South Trinidad.”

Laboratory testing by the Caribbean Public Health Agency (CARPHA) subsequently confirmed the presence of the Yellow Fever virus in samples obtained from the bodies of dead monkeys from this area.

Routine public health surveillance activities are usually conducted by the Veterinary Public Health Division and the Insect Vector Control Division of the Ministry of Health, to monitor the monkey population.

The Yellow Fever virus is transmitted to people mainly through the bite of an infected mosquito of the Aedes or Haemagogus species. Mosquitoes get the virus by feeding on infected primates (e.g. humans, monkeys) and then can spread the virus to other primates (human or non-human).

Through the Ministry’s Expanded Programme on Immunization, the majority of the population would already have been vaccinated against Yellow Fever. Nevertheless, persons are advised to review the Yellow Fever (YFV) section on their immunization card to ensure that they have been vaccinated. Anyone who has not been vaccinated against Yellow Fever should visit their nearest public health centre to do so as soon as possible. It is especially important that children are kept current with their vaccination schedules. Children should receive their Yellow Fever vaccine when they are 1 year old. A single primary dose of the yellow fever vaccine provides life-long protection.

The following groups of persons are especially at risk:

Anyone who develops the following symptoms should visit the nearest health facility or health care provider as soon as possible:

Questions on this matter can be directed to the Insect Vector Control Division by calling (868)-612-4823.