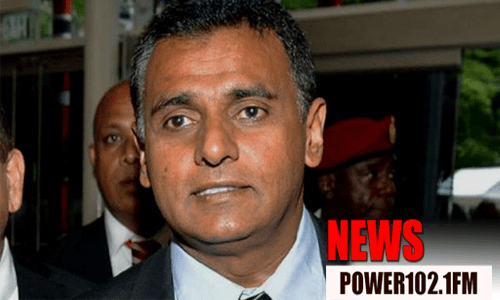 Public asks Works Minister, “Why no shoulder?” on Creek

Since the partial opening of the elevated part of the highway at Mosquito Creek on Wednesday, motorists are asking for a reason why the highway has no shoulder.

Many drivers have criticised the absence of the shoulder and have taken to online outlets to voice their concern. Works Minister Rohan Sinanan responded to the negative remarks reminding citizens that the elevated portion is not the actual highway. He said the workers had to remove the embankment so they could raise the other side of the road in order to level both sides. He said, “This is going to be a two-lane highway all the way down, with shoulders, lights – everything just like all the other areas. Once they raise it and they have the entire area leveled, then they repave it and paint the line.”

Sinanan said the they removed traffic from the lower part so that they could raise it, but once completed, the highway would have two lanes with shoulders and lights. He added, “It is an on-going project.”