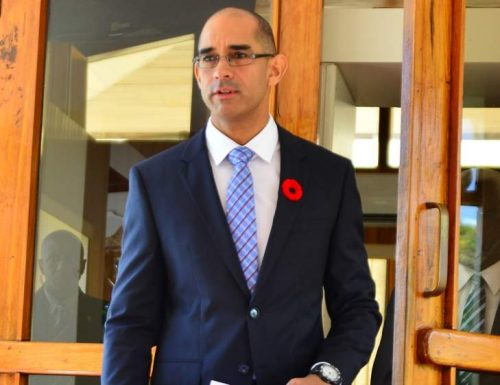 PSB and PCA launch investigation on excessive force by police

BOTH the Professional Standards Bureau (PSB) and the Police Complaints Authority (PCA) are investigating reports of excessive force by police.

This follows a video of officers kicking a man and eating others at the Queen’s Park Savannah went viral on Thursday.

Director of the Police Complaints Authority (PCA) David West also said the matter was being investigated by the authority.

He said the PCA has noted the contents of the video and will launch an investigation to determine whether or not there was an abuse of the Police Use of Force Policy.

He asked anyone with information related to this incident to kindly contact the PCA via their email: [email protected], Facebook page, or telephone number 226-4722.”

A 19-second video showed police engaging two men who they initially claimed were suspects in several break-ins of parked vehicles at the event hosted at the savannah on Wednesday night.

The video showed officers using pepper spray on the men. One man was pepper sprayed, kicked in the leg as he rubbed his eyes, body slammed and the kicked twice in the head while on the ground.

Another man was choked as he scuffled with police and was eventually subdued. He was seen on the ground rubbing his eyes.

According to police reports sometime between 6.45 am and 7.30 am, two officers stopped a Morvant man, who is a member of the TT Defence Force, at the entrance to party at the Queen’s Park Savannah.

While speaking with the man, who was attempting to enter with his electronic ticket, he became aggressive.

The IATF officers were called and another man, a friend of the soldier, allegedly ran towards the officers and kicked one of the officers.

Police said the attacker also spat in the face of a police officer.

Both men were subdued and taken to the Port of Spain General Hospital for treatment. While there, the soldier allegedly escaped.

A medical certificate was obtained for the other man and three constables. The other man was taken to the St Clair Police Station where he is expected to be charged with assaulting police officers and resisting arrest.
Police said the man appeared to be intoxicated.

Loading...
Newer Post
Russia Says It Will Press On Inspite of Sanctions Imposed Following Its Invasion Of Ukraine
Older Post
Grandson of man who perished in fire: “I wish I could have saved him!”