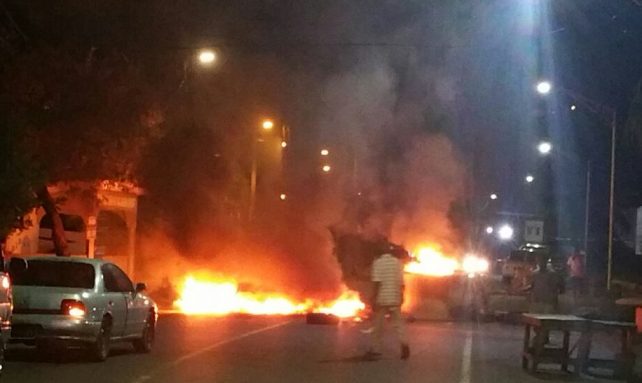 According to reports, protest action is continuing in Marigot and is also occurring in other parts of the country as protesters continue to press their demands for electoral reform to ensure free and fair elections.

The President of Dominica, Charles Savarin called for peace in an address to the nation.

DNO can verify that students of SMA were unable to complete their exams as a result of the disturbances caused today.

In an email interview with WPR, Robert Looney, a distinguished professor at the Naval Postgraduate School in Monterey, California, explains how the government’s stance on electoral reforms is threatening the legitimacy of this week’s elections.