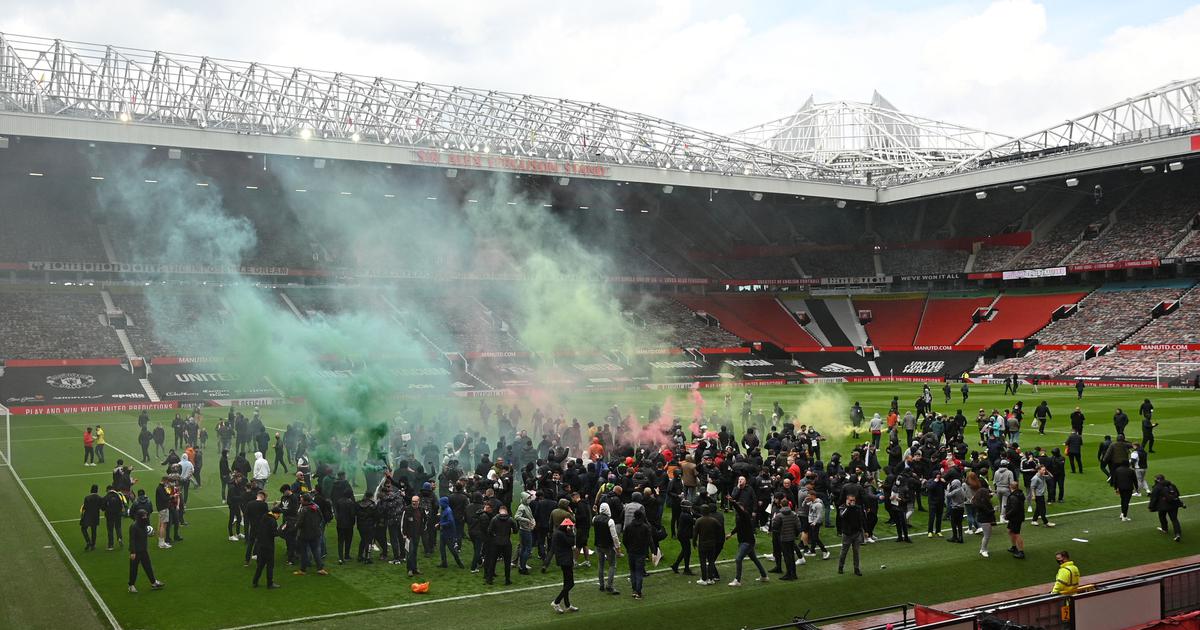 Manchester United fans have stormed the pitch at Old Trafford to protest against the football club’s owners.

The Glazer family has been in control of the club since 2005.

Fans broke through barriers and stormed the pitch with videos on social media showing fans letting off flares and disturbing players at their nearby hotel.

Fans blocked entry and exit to the Lowry Hotel and the Greater Manchester Police were forced to attend the scene to allow players to be able to access team coaches.

Manchester United manager Ole Gunnar Solskjaer said, “It’s important that the fans’ views are listened to and we communicate better. My job is to focus on the football side and that we have the best possible team.

“As I’ve said before I’ve been backed, I’ve had great support from the club and the owners and I’m sure I will get the backing again to go one step further. When the protests are on, it’s important they go in a good fashion and that we keep it peaceful.”

Manchester United’s co-chairman apologized to fans after there was mass disdain for the controversial Super League plans from fans, players and MPs.

He said, “We got it wrong, and we want to show that we can put things right. In seeking to create a more stable foundation for the game, we failed to show enough respect for its deep-rooted traditions – promotion, relegation, the pyramid – and for that we are sorry.”

This is just the latest mass protest from fans who also took to the streets last Saturday to voice their anger.

The Manchester United v Liverpool match is set to kick off at 4.30 pm.