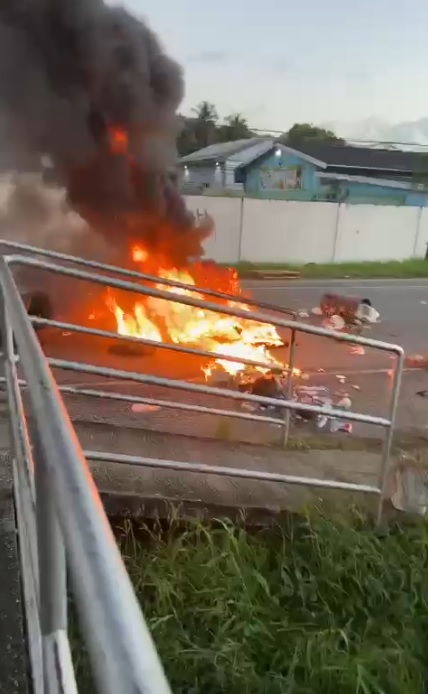 Protest stemmed from a place of pain says Beetham resident

The two Beetham residents who lived to tell the tale after being involved in recent police shooting have been released from police custody.

The two unidentified men were arrested after police shot up the car in which they were travelling, resulting in the deaths of four of the passengers.

One anonymous Beetham resident has told Power 102 Digital that the families of the dead men still have no clarity as to what exactly happened on Saturday morning.

He apologised to those whose possessions were stolen or damaged saying that was never the intent.

The resident said the actions of the Beetham residents were unplanned and stemmed from a place of pain.

He said the stigma surrounding the community and its residents has spawned an “Us versus them” mentality in the country which has not helped.

Muslim group calls for National Day of Prayer for Andrea 0