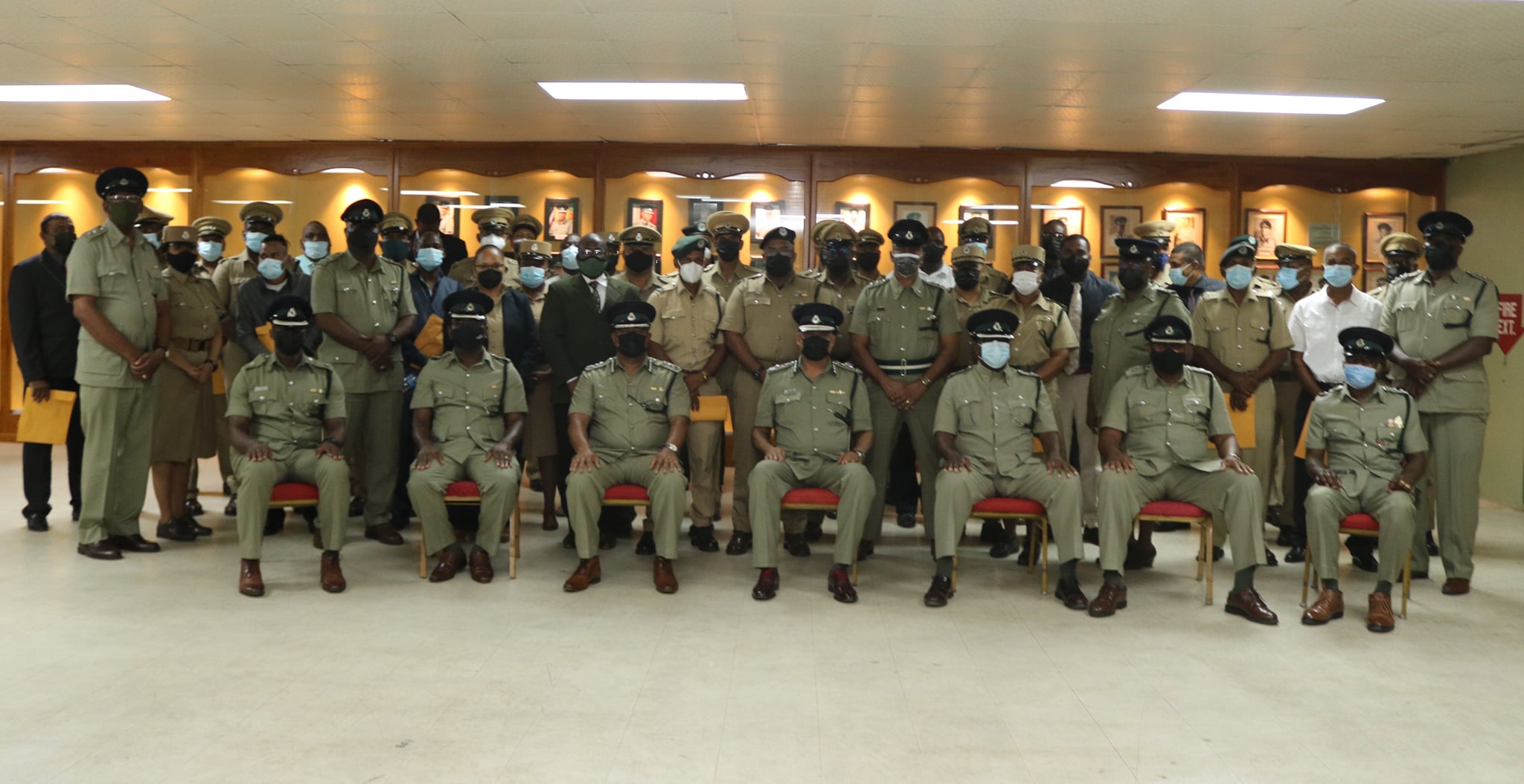 One hundred and seventy-six Prisons Officers I, (17) inclusive of sixteen females, were promoted to the rank of Prisons Officer II in a two part ceremony (in observation of COVID-19 protocols), at the Prisons Training College on Monday, July 26th.

Commissioner of Prisons, Mr Dennis Pulchan, congratulated the Officers and stated that the promotion was earned through consistent hard work and stellar performance. He advised them to continue to effect positive change, make valuable contributions and most importantly, lead by example as they are now in managerial positions.

Present at one of the largest promotions to be conducted were members of the Executive and other Senior Officials of the Prison Service.

Judge rules in favour of AG in Akili Charles case 0