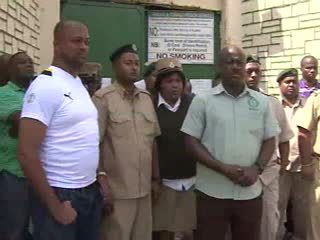 The Prison Officers’ Association of Trinidad and Tobago, Second Division, claim they have been neglected by Ministry of National Security and by extension the Government.

In a release sent by the Association; According to Professor Ramesh Deosaran, then The Prisons Service stated is being treated as the “Cinderella of National Security” and while the other arms of National Security can boast of the acquisition of high-tech vehicles, equipment, new facilities and upgraded uniforms, the Prisons Service is being starved of the basic resources to execute its mandate. 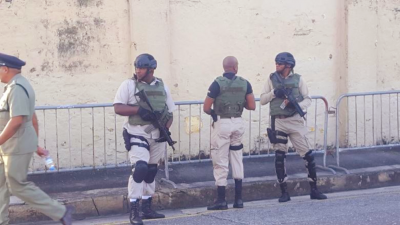 The Prisons Service claims the deliberate or constructive sidelining, has resulted in the progressive degradation of its infrastructure at all facilities.

The Tobago Prison is on the verge of being eroded into the sea, the Port of Spain Prison was amply described by Justice Gobin in 2008, who said, “that the conditions at the Port of Spain Prisons is not so different from those experienced by our forefathers who suffered the atrocities of the slave trade as well as the indentureship”.

The Association said the situation has been exacerbated since then, with severe overcrowding at our Remanded Facilities which are also infested with pigeons, cockroaches and rats.

They also reported that the facilitates hosts a number of communicable diseases such as leptospirosis, chicken pox and tuberculosis.

Short staffing, especially at the Remand Prison, poor lighting in and around our facilities and dilapidated fencing have been noted as factors that contributed to escapes.

The nations “newest” prison, the Maximum Security Prison is far from new or immune to problems which compromises its operations on a daily basis.

A non-existent alarm system, water woes that requires inmates to use buckets to flush toilets/bathe and a litany of issues has decreased its operational efficiency and increased the risk officers’ face while carrying out their duties; are some of the issues the Prisons Association noted within the release.

Their transportation fleet the Association noted have been handed down from other arms of the protective services.

The Association said drivers are compelled to operate vehicles that have obvious breaches as outlined in Chapter 96 of the Motor Vehicle and Road Traffic Act.