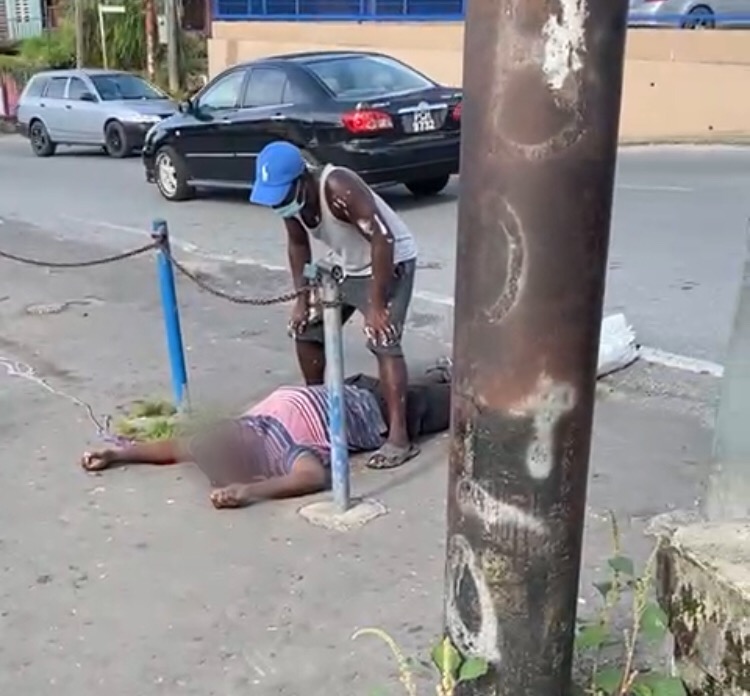 Prisons Officer Nigel Jones was shot dead in front of his daughter in Siparia on Monday.

Footage of the incident began making its rounds on social media, highlighting the moment Jones was shot and killed.

Gunmen shot Jones while he held his daughter’s hand in front of the Fyzabad taxi stand.

Princes Town man charged with possession of a firearm and ammunition. 0