A 47-year-old man died early Sunday after a shooting in the parking lot at the Club Majestic nightclub in Orlando.

The victim, later identified as Hassen Ititlo George, was taken to Orlando Regional Medical Center, where he was pronounced dead, according to a police report. Lt. J. Darren Dillon of the Orlando Police Department said in a press release that officials are still investigating and will provide further details.

T&T dancehall Trinibad artiste, Prince Swanny who performed at the nightclub issued a statement via his IG stories sending condolences to the victim’s families. 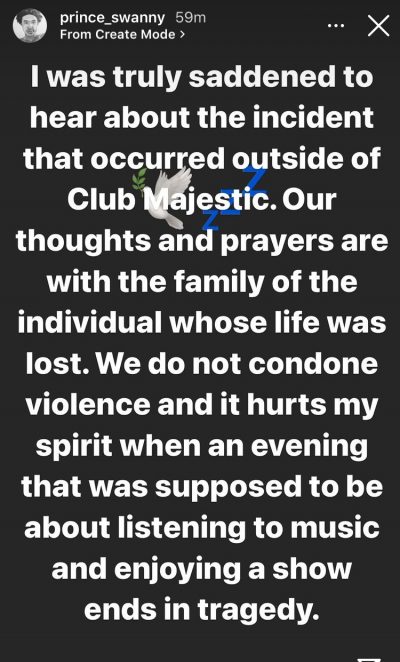 Kelly Rowland is the Headline Performer at The Everest 0