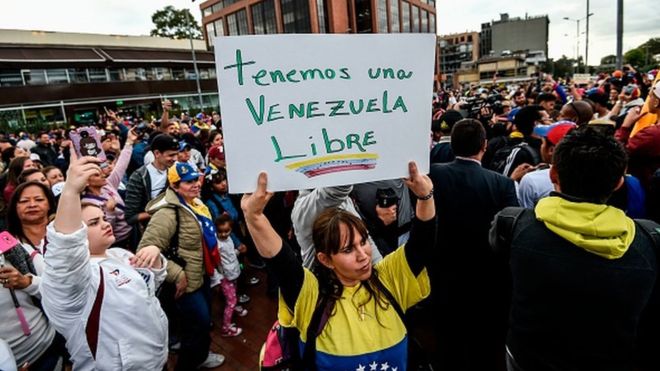 Prime Minister Dr. Keith Rowley held a Press Conference on his trip to New York where he attended the 74th Session of the United Nations General Assembly.

Dr. Rowley said the OAS has acted impotent and described their attitude as unacceptable regarding matters surrounding Venezuela’s crisis.

Taking the situation back to January 2019, he said The Organization of American States (OAS) acted illegally by supporting by the Juan Gerardo Guaidó Márquez fraction and thus Venezuela withdrew themselves from the OAS.

Dr. Rowley said coming out of that fall out a sub treaty was formed called ‘The Rio Treaty’, which will allow Haiti, The Bahamas and Trinidad and Tobago to intervene into matters involving Venezuela.

However Dr. Keith Rowley said that despite efforts by members of the Organisation of American States to use the Rio Treaty to embark on military intervention in Venezuela, T&T abstained from the vote.

Press Play for the full coverage…

Prime Minister Dr the Hon. Keith Rowley held a Press Conference on his trip to New York where he attended the 74th Session of the United Nations General Assembly.