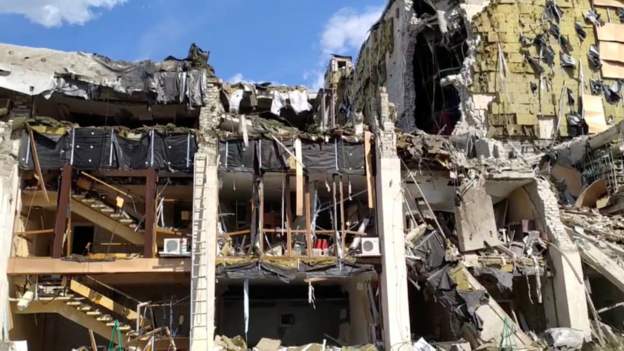 Ukrainian President Volodymyr Zelensky has condemned a missile strike against a cultural centre in the Kharkiv region, describing the attack as “absolute evil, absolute stupidity”.

President Zelensky posted a dramatic video of the moment missiles hit the newly-renovated House of Culture in Lozova on his Telegram channel, saying Russian forces were behind the attack.

The president said seven people were injured in the attack, including an 11-year-old child.

He said, “The occupiers have identified culture, education and humanity as their enemies.  What is in the heads of people who choose such targets?”

Russia widens its attacks on Ukraine 0