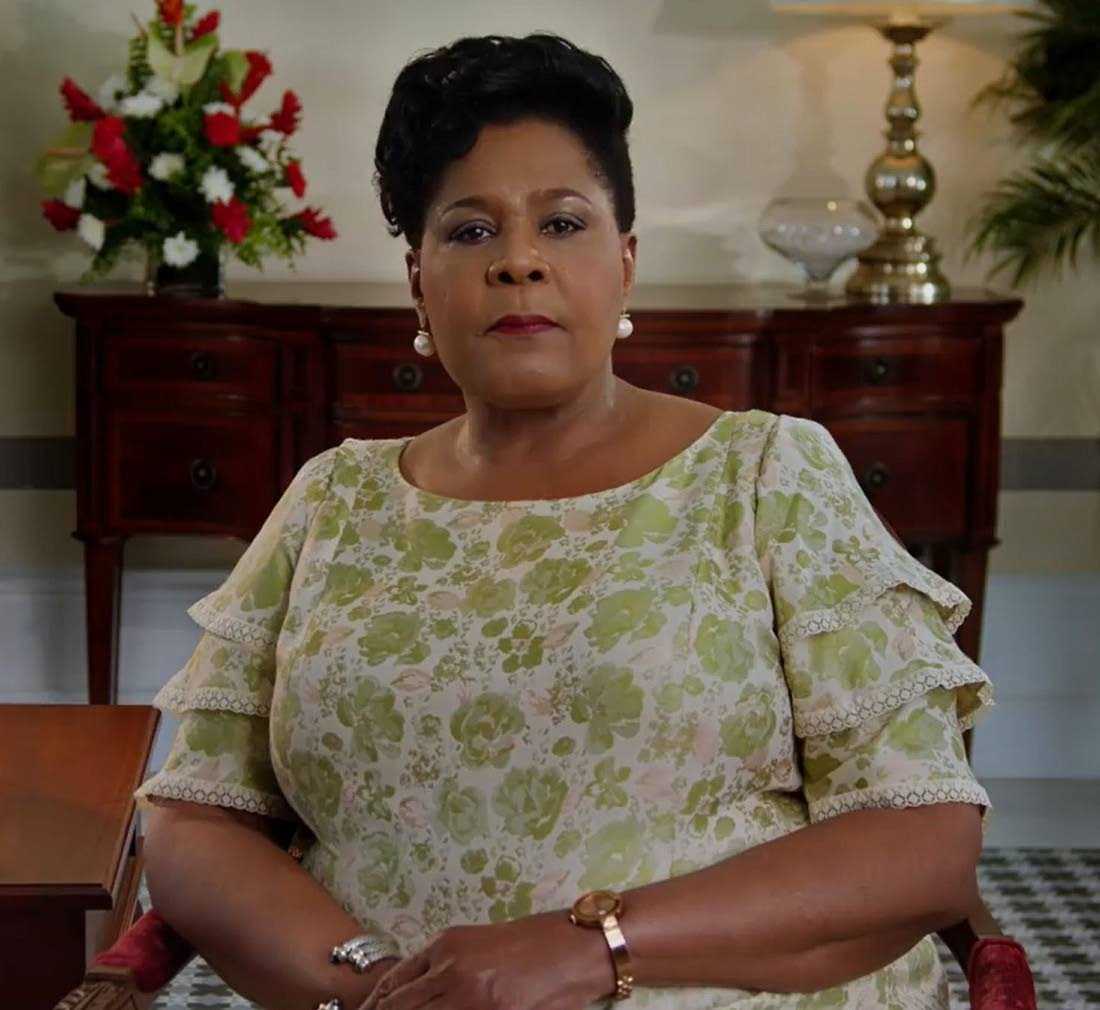 President Paula Mae Weekes has issued a statement in celebration of International Women’s Day, on Monday.

With the theme “Women in Leadership – Achieving an equal future in a Covid-19 world”, President Weekes said that “We in Trinidad and Tobago are understandably distracted by a more pressing gender issue—violence against women and girls —which, until we have wrestled and subdued, the United Nations SDG 5 “Achieving gender equality and empowering all women and girls”, will remain a chimera.”

When on 4/2/21, six days after she went missing, Andrea Bharatt’s body was found in the Heights of Aripo, the country was plunged into anguish. Yet again, and so shortly after Ashanti Riley, one of our women had met a violent and horrific end at the hands of men that our society has produced.

Citizens in anger and angst called out parliament, politicians, the police service, the Judiciary, attorneys-at-law, PH drivers among others for contributing, by act or omission, to their death and demanding immediate corrective measures. Frightened and concerned members of the population, predominantly women, marched, held placards aloft, participated in vigils, formed community groups, and prayed for divine intervention.

Responses were swift in coming. Politicians pointed fingers across the aisle. The police promised more proactive and effective initiatives. Experts in the fields of psychology, criminology and gender affairs again advised of the steps to be taken to cure the societal dysfunction. Spiritual leaders urged a return to godly living. NGOs bemoaned the perennial lack of funding, and attorneys practising criminal law rehearsed the grave shortcomings of the criminal justice system.

Impassioned citizens enquired, some more civilly than others, where was the President while all of this was happening and why she, particularly as a woman, had said nothing. The inquiry was fair and perfectly understandable in a society which has become accustomed to instant reactions and social media fodder.

Letters to the Office of the President and comments online suggested that citizens wanted their President to, among other things, comfort them, bring the nation together, use “moral suasion to make the Government and Opposition find common ground” and, most of all, give them hope.

The straightforward explanation is I was right here among you, aching as I closely followed the unfolding events but I as President was not ready to speak. To be sure, Citizen Weekes could have given you an immediate earful. Having worked for 34 years as prosecutor, defence counsel, trial judge and appellate judge, I know all too well that women falling victim to serial rapists and murderers or disappearing without a trace is not a new phenomenon in our criminal landscape. Andrea and Ashanti were but the two most recent victims of men we call monsters, but if monsters, monsters of our own making. We gave birth to them, and then failed to effectively nurture and socialise them in our homes and schools and provide them with a social safety net to address their issues.

My memory went back to the late 70s, early 80s when Juliet Tam and Oma Nanan disappeared never to be seen again, and Joanne James, disappeared, and was later found in circumstances chillingly similar to Ashanti Riley. Over the years, a number of heart-rending murders moved the nation and provoked social agitation.

After each gruesome case, the same revolving excuses, discussions and suggestions—resume hanging; no bail for sex offenders; quicken the pace of justice; regularise “PH” Taxis; give women the means to arm themselves—were unpacked, all to no avail.

From 1982, when I began in the DPP’s office, eleven governments have occupied the corridors of power and been called upon to address this scourge. Despite citizen activism, a raft of legislation, including at least eight Bail Amendment Bills, perennial complaints about an unreliable public transport service, recommendations from experts and police initiatives, I do not get the sense that our womenfolk, whether in their homes or on our roads, are safer now than then. In the 36 months I have been in office, approximately 155 women have lost their lives to violence.

My personal despair was not what I thought a disquieted nation needed to hear from its President and so I waited until I could process the unfolding information, observe the range of reactions, gather some data, review the advice of the professionals (the analyses of psychologist Dr Peter Weller and anthropologist Dr Gabrielle Hosein were particularly insightful) and fully collect my thoughts. For some, this response might be too little, too late, and that is not an unreasonable view, but years of judgement writing have instilled the habit of deliberate reflection.

I pondered, how do I comfort the nation in a time of crisis when the crisis is literally created by our society? To comfort is to give some assurance that will ease or alleviate feelings of grief and distress. What assurance could I offer? It would have been easy to trot out the formulaic “thoughts and prayers” or “better days are coming”, but I did not think that those platitudes would have efficacy and, in any event, while it may appear callous, I was not convinced that the Republic ought to be comforted at all. I fear that comfort will lull us back into the collective stupor of “It is what it is” and I consider the discomfort that leads us to activism and advocacy far more purposeful. Impatience, frustration and unhappiness are excellent motivators for focused and sustained rallying, mobilisation and action to bring about meaningful change. I thought it fortuitous that there was no Carnival 2021; it might have distracted us from the goal. I could offer no comfort.

As for bringing the nation together, that first requires an admission, understanding and confrontation of our differences and working through them to a resolution in which every citizen and discrete group feels heard, understood, and valued. We need to move past tolerance to arrive at trust; only then can we come to a shared understanding of who and what we are as Trinbagonians. That is the foundation for a common goal. It is transformative work that is not going to be achieved by any speech from on high.

Violence affects us all, whatever our gender, ethnicity, religion, age and socio-economic condition and it will take our joining forces to reduce its deleterious effects on our society. We boast that we come together for Carnival, sporting exploits and public holidays, but these are all temporary and brief periods. Without the intervention of any leader, the nation came together united by the tragedy of Andrea’s death, but that too will be short-lived unless we examine and understand what made her death the tipping point, what was it about her death that brought us together when so many of our young girls and women have met a similar awful fate? It is not helpful simply to say, “enough is enough”.

I mean no disrespect, but I did laugh aloud at the idea that moral suasion by the apolitical President could have any salutary effect on politicians in opposing camps; were it so, many of our national problems would have long been solved. I am not the first, nor I suspect the last, President to urge politicians to put country first. On many occasions, most recently at the opening of the 12th Parliament, I advised the Government and Opposition to come together for the good of the country. This is an integral part of the duty of the President but I am not being modest when I say that I have a sneaking suspicion that my call is often trumped by political expediency.

Politicians are persuaded most powerfully by the electorate; this was the main factor at work when your voices compelled a unanimous vote on the Evidence (Amendment) Bill, and swift consideration of legalising pepper spray. Citizens working together accomplished in a few short weeks what Presidents have been unable to achieve.

The most plaintive appeal was to offer our citizens hope—grounds for believing that something good may happen. Since I could make no promise within my power to effect, there seemed to be little I could realistically hold out. After mature consideration, I now offer a perspective that points to where hope may lie.

Recent agitation and advocacy have raised awareness and kept the issues on the front burner. You galvanised support for timely legislation; you advanced the legalisation of pepper spray; you inspired taxi drivers to improve their service; you brought a number of men’s organisations to the fore and you extracted promises of stiffer penalties for officers failing to attend court. You have created your own hope.

However, gains made can be lost if your passion is not channelled in such a way as to make your efforts sustainable. Marches and vigils driven by the emotion of the moment are unlikely to continue indefinitely; that energy needs to be harnessed so that it becomes a permanent force to be reckoned with. Some of the necessary work can be done by citizens themselves, for example, Neighbourhood Watch and WhatsApp groups. Other changes require the input of public officials and here you can bring the requisite pressure to bear on your representatives, e.g. councillors and members of parliament. One vital component of the process is citizens taking responsibility to inform themselves about crime and the criminal justice system, so that they understand the causes and effects and are not misinformed or misled by those contributing more heat than light.

Ironically, it is you who have given me hope—hope, that at last we will move past our apathy, short attention spans and concern only for ourselves, to appreciate that ensuring our safety and security necessitates that we tackle together the common enemy of violence against women. Make no mistake, that objective will not be achieved overnight, we are in this for the long haul. Success depends on our ability to stay the course. Dare we hope?