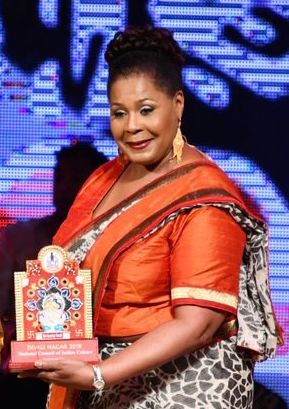 As Trinidad and Tobago commemorates the 176th anniversary of Indian Arrival today, President Paula-Mae Weekes has called on citizens to set aside their political, social and racial cleavages and bond to confront the common enemy that is the deadly Coronavirus.

In her Indian Arrival message, she said the indentured labourers who travelled from India aboard the Fatel Razack to Port of Spain were travel-weary but resilient.

The approach in dealing with adversity of the covid19 pandemic, Weekes said, should mirror the pioneers who braved treacherous seas, toiled in an unfamiliar and hostile land, and suffered oppressive working and living conditions before they ultimately triumphed.

“Theirs is a tale of resilience, courage and determination to succeed. In the same way that they understood the value of sacrifice in order to reap a benefit, we too must make the necessary changes to our accustomed behaviour in order to make inroads in our current struggle against the covid19 pandemic.

“Let us set aside the cleavages – political, social and racial – which plague and frustrate efforts to rid our nation of this deadly virus, and bond to confront the common enemy.”

Weekes said while this year’s celebration cannot be done in large gatherings, recognition of the values and traditions of intrepid voyagers should be embraced.

“With their religions, customs, values and hopes for a brighter future in tow, they came ashore and breathed new life into the economic, social and cultural fabric of their adopted homeland and, well over a century later, the torch of their legacy of sacrifice, perseverance and temerity is ably borne by their descendants. Our country is all the better for it.

“The indentured labourers, drawn from villages and cities across India, have enriched Trinbagonian society beyond measure, their music, dance, food and festivals becoming part of a common cultural heritage in which every creed and race freely shares.”

Weekes added that Indian Arrival Day has presented an opportunity to reflect on their remarkable journey and to revisit the foundational values and ideals upon which they thrived.

“The real and enduring impact of their coming is more­­ – much more – than those tangible cultural goods. Their experiences have proved a wellspring of guidance and inspiration from which we all have the privilege of drawing.”

Ex Presidents, Unite for COVID-19 Vaccine PSA But No Trump 0