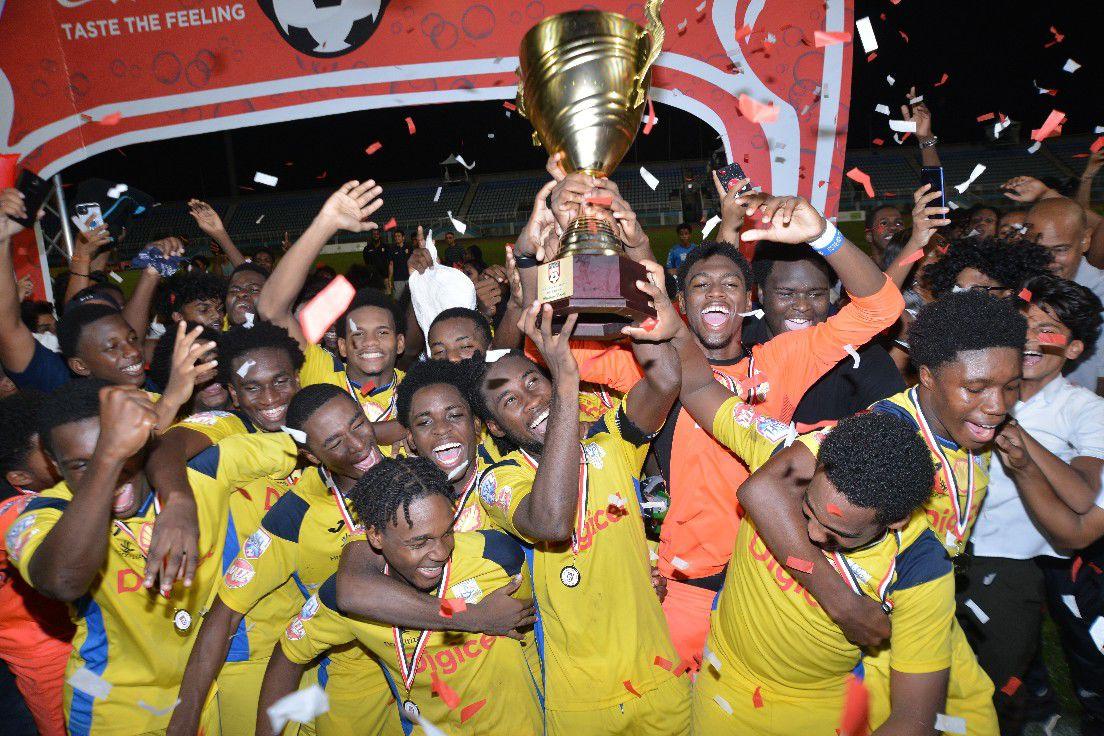 Presentation College San Fernando is the 2019 InterCol Champions after beating San Juan North Secondary School 2-1 at the finals on Wednesday.

In 1975, the College shared the National Intercol title with Belmont Secondary School. But substitute Jardel Sinclair pushed the school to InterCol glory, and the team’s first solo-win, when he netted the ball during the the third minute of injury time in the second half.

Presentation College San Fernando had been a threatening force since the beginning of the Secondary Schools Football League (SSFL) season, and they ended on a high note at the Ato Boldon Stadium yesterday. Three minutes into the final, San Juan North thought they would take it home as Isaiah Chase scored the school’s first InterCol Final goal in three years. In the 19th minute, Presentation’s Jaiye Sheppard scored an equalizer to level the score at 1-1.

The score stayed 1-1 from the end of the first half straight to the end of the second half, until Sinclair led the team to victory during injury time.

PM says no plans for second extension of SoE, MSJ UNC weigh in 0