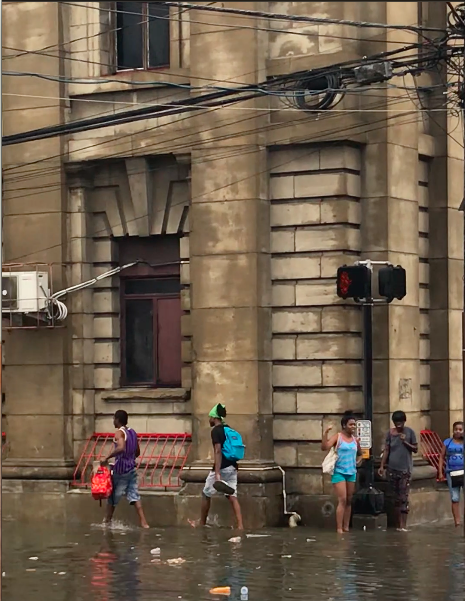 South Quay Port-of-Spain (POS) felt the full force of the rain this afternoon as the streets flooded, and trapped commuters in the road for close to an hour.

Around 1:00p.m rainfall caused downtown Port-of-Spain to flood, and South Quay felt it the worst. Just a week ago, when downtown POS experienced a similar situation, Works Minister Rohan Sinanan said that the flooding was as a result of the installation of new drains and the cleaning of existing ones. Some commuters got tired of standing around and braved walking through the murky waters. At one point, a maxi taxi pulled alongside and picked up a few passengers.

With the height of the rainy season fast approaching, September to November, one must ask what plans will be put in place for commuters who use the popular transport hub in POS, City Gate.

14 dead, 24 injured as vehicle runs through crowd at a Nigerian bikers parade

14 dead, 24 injured as vehicle runs through crowd at a Nigerian bikers parade

14 dead, 24 injured as vehicle runs through crowd at a Nigerian bikers parade 0

The THA Does Not Answer To The Attorney General, Says Chief Sec Augustine 0