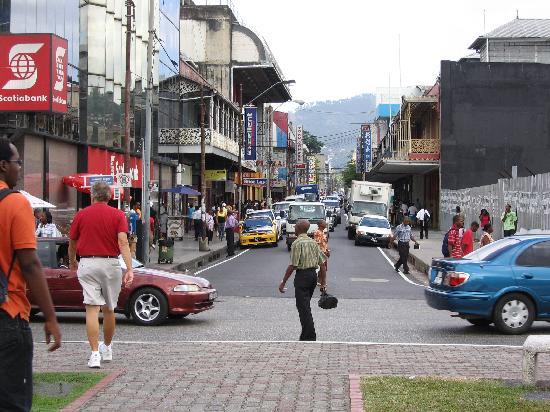 The Business community in Port of Spain is deeply concerned that citizens, in fear for their lives, given the continued rise in violence and crime, will stay away from the capital city.
Preparations are in the works as Trinidad and Tobago nears its 60th independence anniversary and citizens can expect to see a facelift and beautification of Port of Spain.
The City Corporation met with the burgesses to discuss giving their store fronts a facelift.
However business owners expressed concern with the effect the increase in criminal activity will have on visitors to Port of Spain.

The Corporation made a call to burgesses to partner with it to give Port of Spain a facelift and move the city forward.
While business owners support the project they say more focus must be placed on reassuring the public that the city is safe.
President of the Downtown Owners and Merchants Association Gregory Aboud said the initiative is a good one but feels more emphasis must be put on reassuring citizens.

Mayor of Port of Spain Joel Martinez says the Corporation needs all hands on deck to roll out the project.
He believes the population also has a roll to play in keeping the city clean.
He added that the Corporation simply does not have the funds necessary to handle all that the city requires.