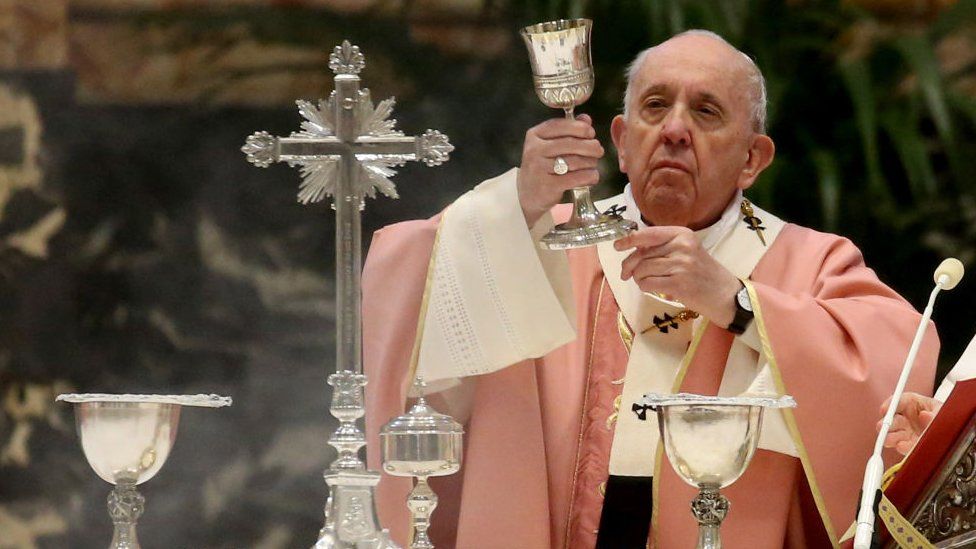 Pope Francis Orders Pay Cuts for Cardinals and Other Clerics

Pope Francis ordered a wage cut for cardinals and other clergy, including priests and nuns working in the Holy See.

On Wednesday, Pope Francis issued a decree calling for a 10% pay cut for cardinals and a cut in the wages of Vatican clergymen in a bid to save the jobs of other employees.

The Vatican announced the order, saying the cuts would begin on the first day of April and lower-level employees would see no effect on their pay, according to Reuters.

Clerics and other department heads will see a pay cut of between 3% and 8% with salary increases suspended until March 2023. Senior Vatican officials and other papal basilicas will also follow the same cuts, Reuters reported.

Cardinals working and residing in the Vatican or Rome would receive salaries of around 4,000 to 5,000 euros per month, which will be reduced in accordance with the pope’s order.

The pope has reportedly mentioned on several occasions that he does not wish to lay off any employees, the outlet noted.

The Vatican’s top economic official noted earlier this month that for the Holy See, which is the administrative body of the Catholic Church, nearly € 40 million in reserve funds may need to be used for the second year in a row due to the coronavirus pandemic, Reuters reported.

Due to COVID-19, the Vatican has been forced to close the Vatican Museums, which earns much of its funding, for nearly 15 months. He would expect a deficit of about $ 59.77 million this year.