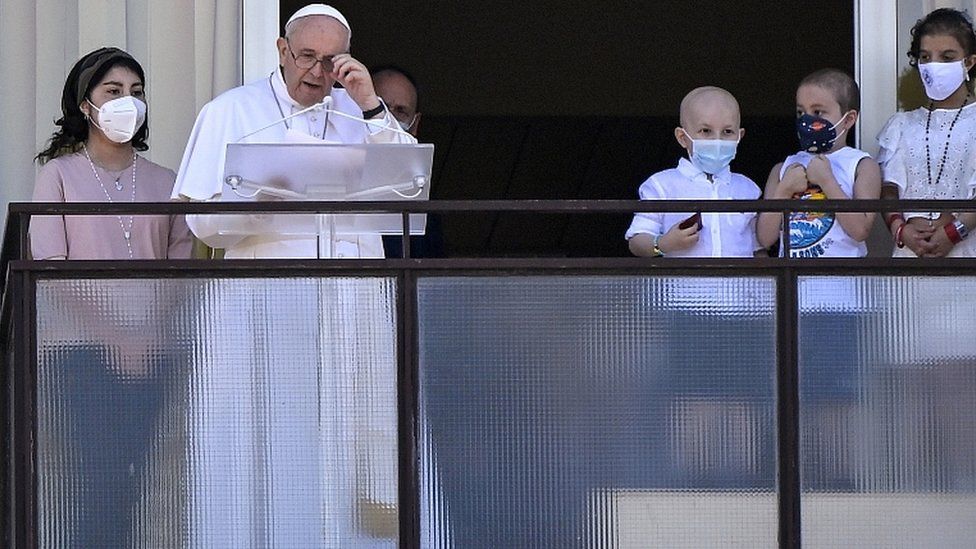 Pope Francis has appeared in public for the first time since undergoing surgery for a colon problem a week ago.

Appearing in good health, the 84-year-old pontiff led his weekly prayers from a balcony of the Gemelli Hospital in Rome.

Hundreds of people had gathered outside the hospital, some shouting “Viva il Papa!” (long live the Pope).

The Vatican said the Pope had responded well to the treatment for “symptomatic diverticular stenosis” of the colon.

“I am glad to be able to keep the Sunday Angelus appointment, even here,” Francis told the crowd. “I have deeply felt your closeness and the support of your prayers. Thank you from the bottom of my heart.”

Thanking hospital staff, he said he had “experienced how important good health care is, accessible to all, as it is in Italy and in other countries”.

“This precious benefit must not be lost. It needs to be kept,” he added.

Some child patients appeared alongside the Pope on the balcony. It is not clear how long the pontiff will remain in hospital while he recovers.

Diverticular disease is a condition that involves bulges in the wall of the large intestine. This can lead to a narrowing of the colon, with symptoms including bloating and recurrent abdominal pain.

He also suffers from a hip problem and sciatica, which causes pain that radiates from the lower back to the legs.

In 2014, he had to cancel a number of engagements because of a reported stomach ailment.

Parenting training from Sweden may work in T&T 0