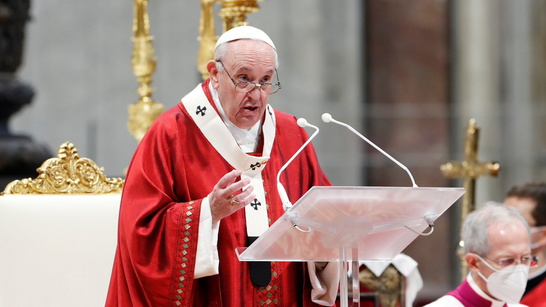 Pope Francis has been admitted to hospital in Rome for scheduled surgery to treat a colon problem.

Vatican spokesman Matteo Bruni said there would be more information after the surgery had taken place at the Gemelli University Hospital.

In a BBC report on Sunday, this is the first time the 84-year-old Argentine Pope has been admitted to hospital since his election in 2013.

In its statement, the Vatican said he was being treated for “symptomatic diverticular stenosis” of the colon.

Diverticular disease is a condition that involves bulges in the wall of the large intestine. This can lead to a narrowing, of the colon.

He also suffers from a hip problem and sciatica, which causes pain that radiates from the lower back to the legs.