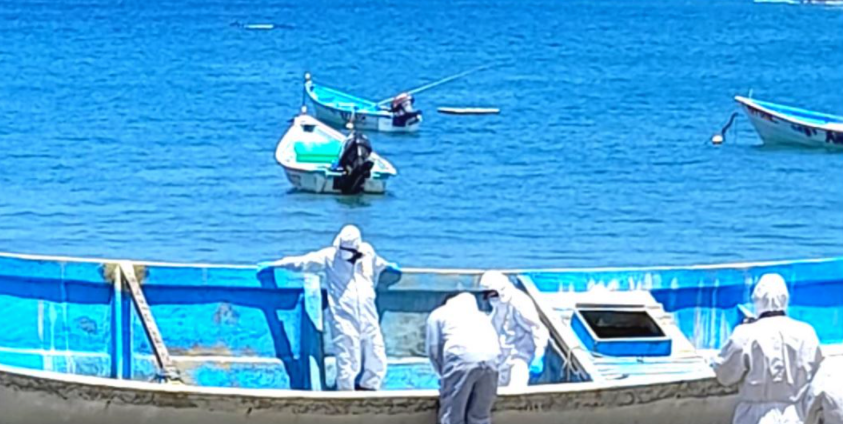 Did the boat, which was found adrift in Tobago waters on Friday with 15 bodies onboard originate from Africa?

That is now the possibility as officers of the Tobago Division continue to investigate the matter.

A GML report quotes ACP of the Division, William Nurse, as stating that there is a probability that the 14 decomposed bodies and one skeletal remain were of people of African nationality.

He told the media house that they have received information from an unofficial source that might suggest the boat is registered in Angola. “We have to check with foreign embassies, and they won’t be open until next week.”

The boat, registration AG231, was pulled on the side of the roadway at Clarke’s Bay, Belle Garden, and fisherfolk in the area are now calling for its removal, as it poses a health risk due to the nauseating stench emanating from it.

However, the ACP said the vessel was part of an active crime scene, and its contents must remain in their original state.

“While I understand their concerns, we are doing all that we can within our power to bring some relief as best as we could. However, we have to preserve the boat in its original state until we have fully investigated the incident. We can’t put substances in it that might affect the investigation.”

The ACP said the investigation should be completed by May 31st and the police will then hand the vessel to the public health, coast guard, and marine division.

Tobago man arrested for possession of firearm, ammo and narcotics 0