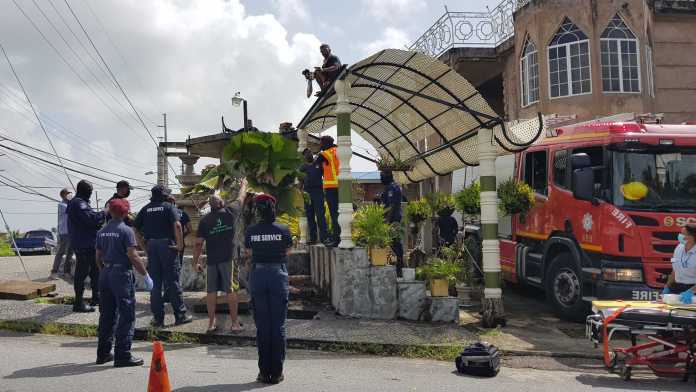 Police subdue mentally ill man who threatened to kill himself

There was drama at Cypress Boulevard in Union Hall, San Fernando this morning, as a mentally ill man attempted to hurt himself with a knife.

Police were called in to subdue the man, who had climbed atop a shed.

The man, said to be 47-years-old was eventually tasered by officers.

According to a GML report, the man had been acting out for a few days and had parked his car on a few streets away from his home. They said he had threatened to set his car on fire and then hurt himself.

The police and fire fighters responded to the crisis around 8:30 am, but after failed attempts to talk him down from the shed, the police were forced to use the taser gun on him.

TTUTA says no to “bullying” over vaccines 0