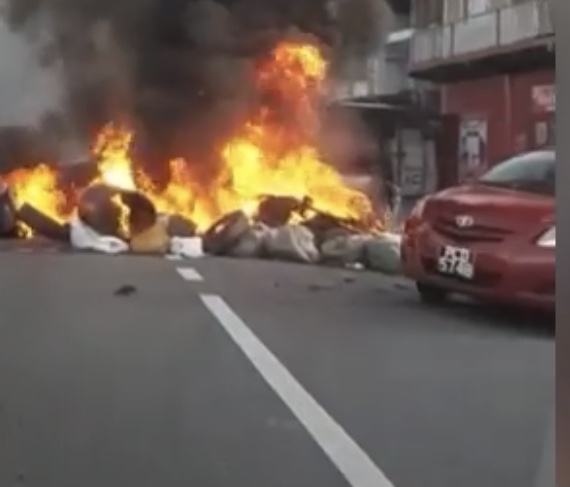 Police in western Trinidad were forced to use non lethal weapons to quell protests and disperse 25 angry residents who were protesting what they described as the unjust police shooting of a 21 year old man from the area.

The man, 21-year-old Jonah Kirby George was reportedly from the area. He was the 30th man killed by police for the year so far.

Police said they opened fire on George after he pulled a gun and pointed at officers, to protect themselves. Police reported that at 5.30 a.m. officers of the Western Division Task Force visited a one-room house in the hills overlooking Covigne Road, after receiving information that George had a gun, ammunition and narcotics in the house.

When they reached the house and announced themselves, George, according to police opened the door, then backed into the house where he retrieved a gun, pointing it at officers. They opened fire, hitting him about the body.

He was taken to the St James Hospital where he was pronounced dead on arrival. Residents discounted police accounts of the incident as false.

Loading...
Newer Post
Nicki Minaj calls on fans for help with lineup on next album
Older Post
Twelve To Fifteen Year Olds In Britain To Get Final Say Over Covid Jab If Disagreement With Parents Occurs.

Trump, Biden Square Off in Final U.S. Presidential Debate: What Went Down 0