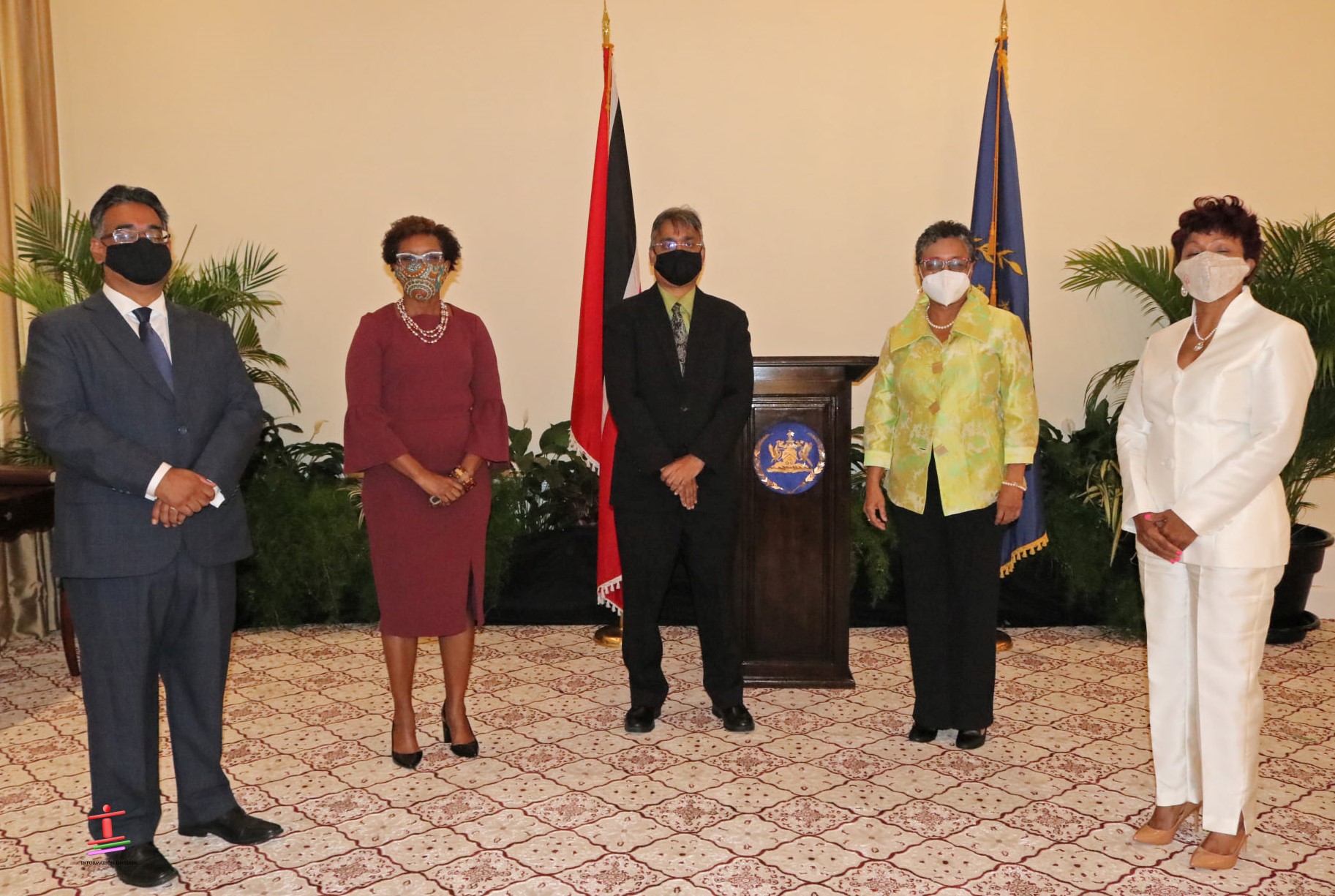 All five members of the Police Service Commission took their oaths of office on Tuesday at President’s House before President Paula-Mae Weekes.

After swearing “that I will bear true faith and allegiance to Trinidad and Tobago and will uphold the Constitution and the law, that I will conscientiously, impartially and to the best of my knowledge, judgment and ability discharge the functions of my office and do right to all manner of people after the laws and usages of Trinidad and Tobago without fear or favour, affection or ill-will”, Retired Justice of Appeal Judith Jones,  Maxine Attong, Ian Kevin Ramdhanie, Maxine King and  Rajiv Persad received their Instruments of Appointment as Members of the Police Service Commission from President Weekes.

Retired Justice of Appeal Judith Jones was also appointed as Chairman of the Commission.

United States To Step Up Military Presence Across Europe

United States To Step Up Military Presence Across Europe 0