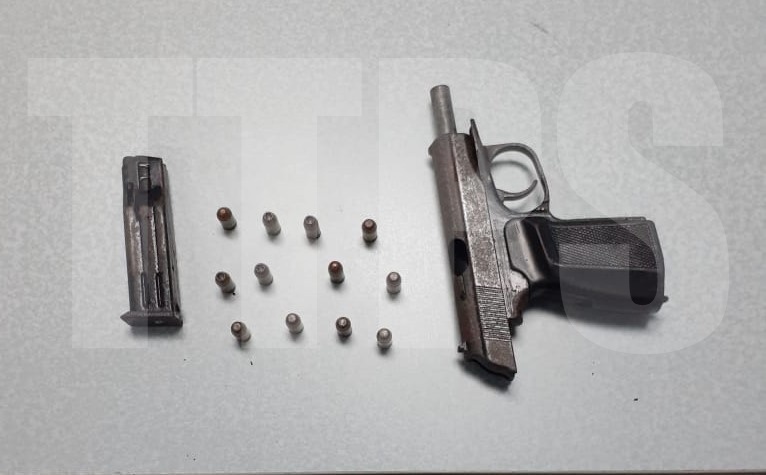 Police seized a firearm and one man was arrested for being in possession of cocaine during an anti-crime exercise yesterday in Port of Spain.

During the exercise officers proceeded to Lodge Place, East Dry River, where they observed a group on men standing. The officers approached the men who looked into the direction of the police party then ran away and escaped through some nearby tracks.

A comprehensive search was conducted in the immediate vicinity, where PC Giddens found and took possession of one .380 pistol with 12 rounds .380 ammunition which was hidden under some galvanize.

Officers continued the operation and proceeded to the Duncan Street Plannings where PC Bennoit stopped and searched a 20-year-old man. The man who had one gram of cocaine in his possession was arrested and taken to the Besson Street Police Station.

The exercise was spearheaded by Snr Supt Oswain Subero, coordinated by ASP Ramesar and Sgt Matas, supervised by Cpl Marajh and carried out by members of the strike team in the Northern and Port of Spain Divisions.