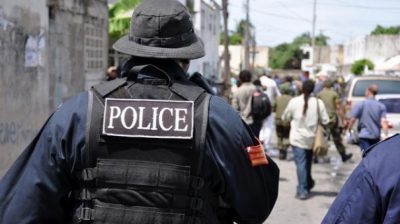 Swift action by Emergency Response Patrol (ERP) officers operating in the Northern Division, led to the arrest of three robbery suspects and the seizure of two firearms along with a quantity of ammunition in the Arima district last night.

At around 11:54pm on Thursday 16th January 2020, officers were on patrol in the Northern Division when they responded to a report of a robbery with violence in progress, at a private residence on Savannah Drive, Arima Old Road, Arima.
On arrival, officers had cause to forcibly enter the residence of the victim, who was being held hostage inside his home by the suspects. The three suspects were quickly apprehended with no injury to the hostage or any of the officers present.

The three male suspects were taken to the Maloney Police Station. They are expected to be placed on identification parades in connection to several other robberies.

Amazon Limits Shipments To Warehouses For Next 3 Weeks 0