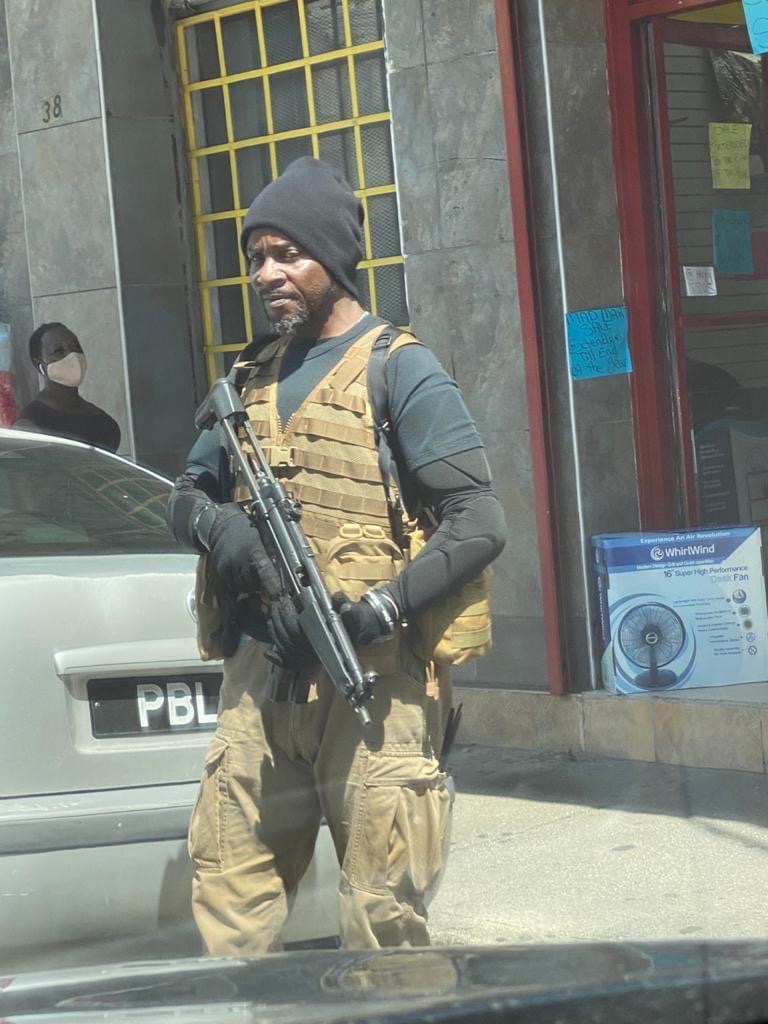 Police officer given ticket for not wearing a mask

Commissioner of Police, Gary Griffith, has directed that a police officer be issued with a ticket for breaching the Public Health Ordinance Regulations by not wearing a mask in public.

Commissioner Griffith has also asked for a report as to why the police officer was brandishing a sophisticated weapon in public without the POLICE insignia on his clothing.
The CoP wants the public, not only to be responsible, but to be logical.

He said, “There is a reason why persons are not allowed in the bars because you are trying to avoid close proximity to other persons. But if 50 persons are not allowed in a bar but the 50 persons instead go outside on the pavement, it poses a greater risk and health factor to you and others because you are now converging in a much tighter space than in the bar.

The law was made to stop people from being in the bar, but by you going on the outside, is making it even worse.

“It gives me no pleasure to try to enforce these laws and to cause persons to lose $1,000. So all I ask persons is just to adhere to the Regulations. I am going to intensify it. It will include a 180 about turn to what took place at the beaches last weekend. I have comprehensive operational plans throughout the beaches, especially at Maracas where I was informed that persons were coming out of the water and sitting on the beach without masks. Persons would be given tickets.

If they say that it is too hot, that unfortunately is not going to be an excuse to be used, then you should stay at home. Persons who are not in the water will be given tickets if they are on the beach without their masks.

Loading...
Newer Post
Huawei says get ready for 5.5G for a Better, Intelligent World
Older Post
Residents of Mayaro and environs are targeted to get water from today

Tobago actively moving towards having its own carnival 0