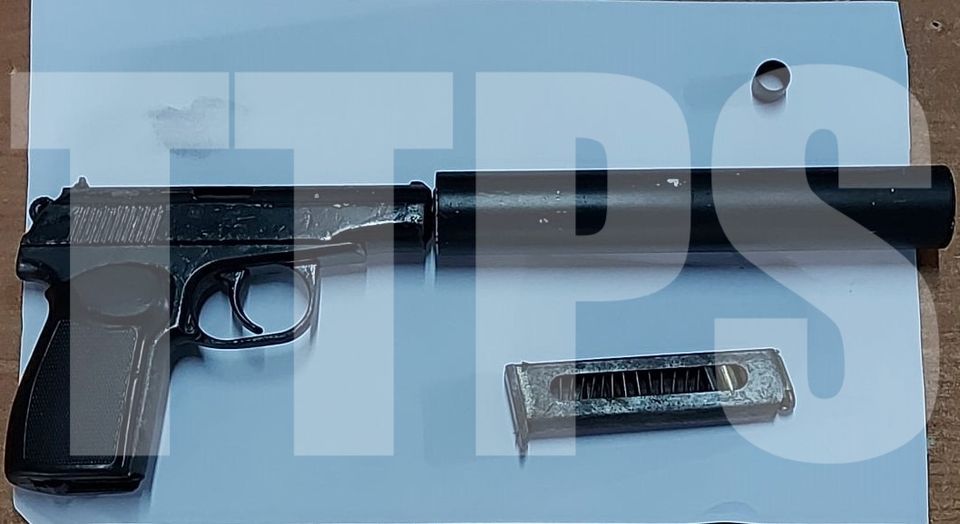 A serving member of the Trinidad and Tobago Police Service has been detained along with a housewife after a .380 millimetre pistol with three rounds of .380 millimetre ammunition in a magazine and a black silencer were found during a search of their home.

The search was conducted as part of Operation Strike Back 3 which paid particular attention to persons known for possession of firearms and ammunition offences.

Officers of the Southern Division Task Force, coordinated by Snr Supt Lucia Winchester, Supt. Carthy, ASP Ramdass and Insp. Phillip conducted the exercise in the Arima area where the officer and the housewife, who were at home when the firearm was seized, were detained. The offender targeted, however, was not at home at the time of the search.

The team of officers, supervised by Sergeants Joseph, Charles, and Wilkinson and included officers of the Criminal Investigations Department Operations Team, also conducted searches of four additional residences during the exercise.