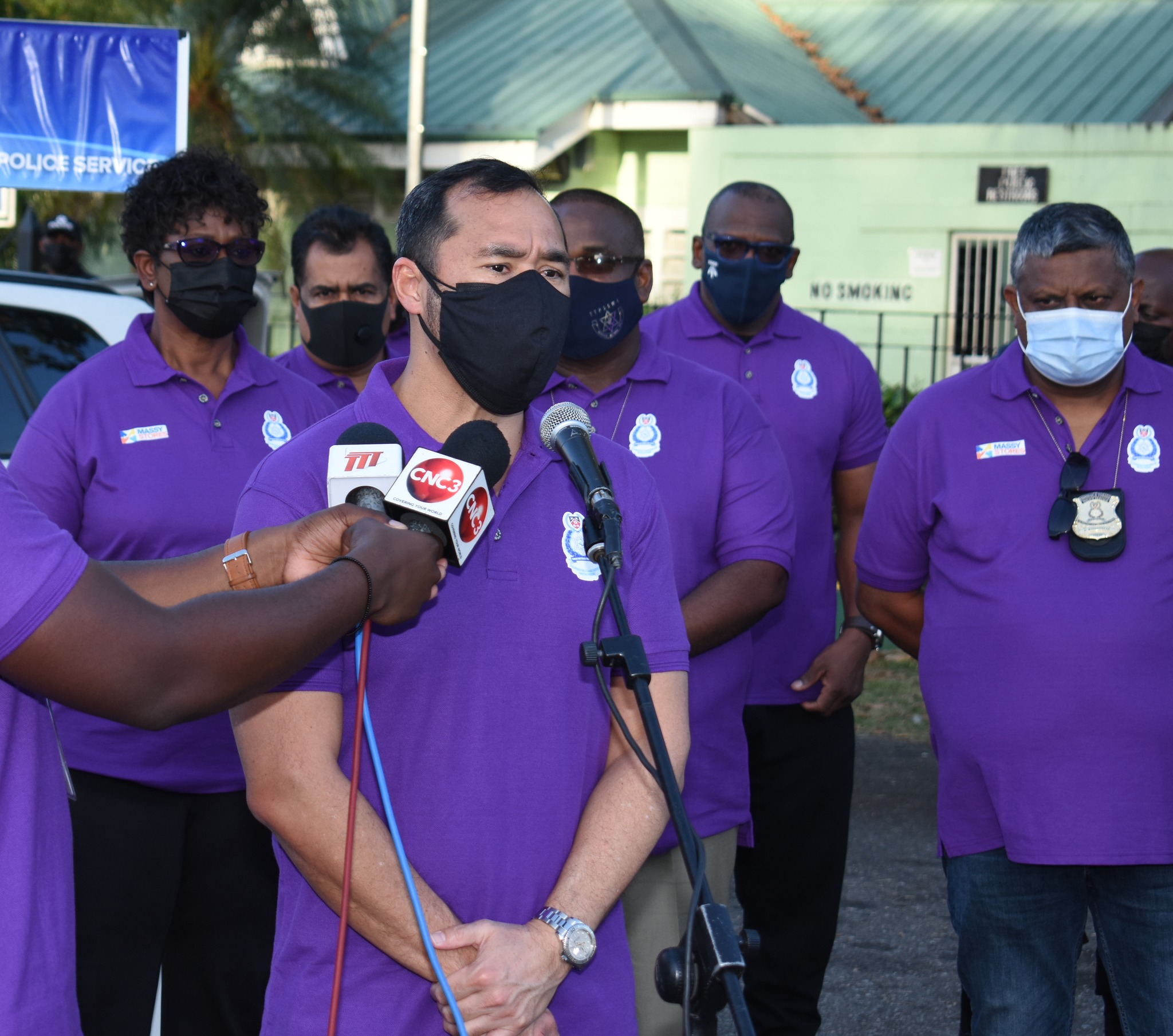 Police launch initiative to ‘Run Crime Out’ of Belmont

Citizens who recreate in and around the Queen’s Park Savannah (QPS) will now be doing so with police officers at their side.

On Friday, officers of the Belmont Police Station, led by W/Insp Renee Bain-Keller, strapped on their sneakers, taking the fight against crime to the tracks of the QPS and the Lady Chancellor Hill in its latest initiative, ‘Let’s Run Crime Out.’

According to W/Insp Bain-Keller, this initiative is part of a three-pronged approach to crime-fighting, the expected outcomes are community engagement, safety and security of citizens and mental health and wellness is an added benefit for officers.

Stuart Young, Member of Parliament for Port-of-Spain North and St. Ann’s West, who said “it is a great initiative,” told police officers that he fully endorsed the launch and assured that he will provide any support that law enforcement may need. He said the community of Belmont stands to benefit tremendously from the initiative.

Deputy Commissioner of Police (Ag.), Operations, Erla Christopher, congratulated the Insp on the initiative and pledged the Executive’s support towards the crime-fighting strategy.