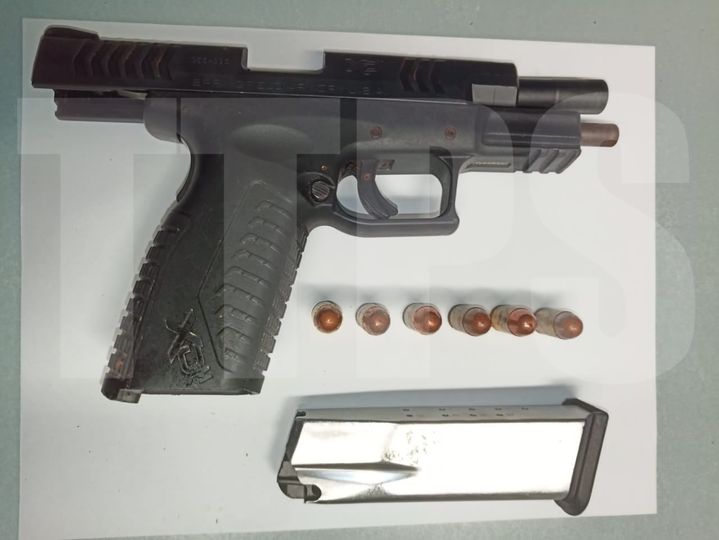 Police found and took possession of a pistol and ammunition during an anti-crime exercise in Las Cuevas on Thursday 22nd April, 2021.

Around 10:30 pm yesterday, PC Dookie saw men liming next to an abandoned house along School Street, Michael’s Village, Las Cuevas. A search was conducted of the said persons and environs. Whilst PC Dookie was searching a nearby abandoned church, he found one Springfield Armory USA 45 acpxdm pistol, fitted with a magazine and six rounds of .45 ammunition. No one was arrested.

Matelot in mourning over Odion’s death 0