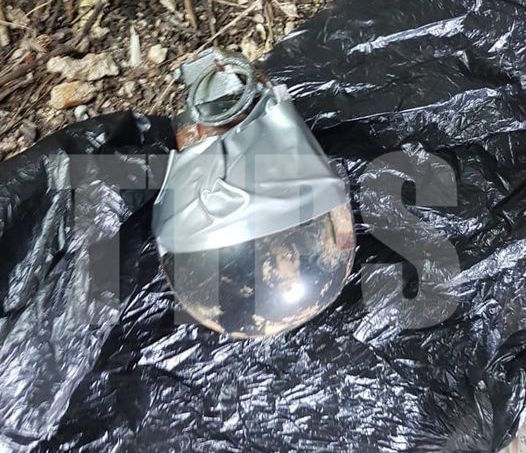 An explosive device was discovered by officers of the Central Division during an anti-crime exercise, conducted in the Enterprise, Chaguanas district, yesterday morning.

The exercise was conducted around 9:15am, on Sunday 13th December, 2020, during which officers of the Central Division Task Force proceeded to an abandoned house located at the corner of Joseph Drive and Crown Trace, where they conducted a search.

The search resulted in officers finding a black plastic bag containing a hard metal object on the southern side of the house. Upon further inspection, the object was discovered to be a grenade.

The area was cordoned off and bomb experts attached to the Special Branch, took possession of the object.

Further checks were made of the surrounding area with the assistance of the Canine Unit, however, nothing illegal was found.