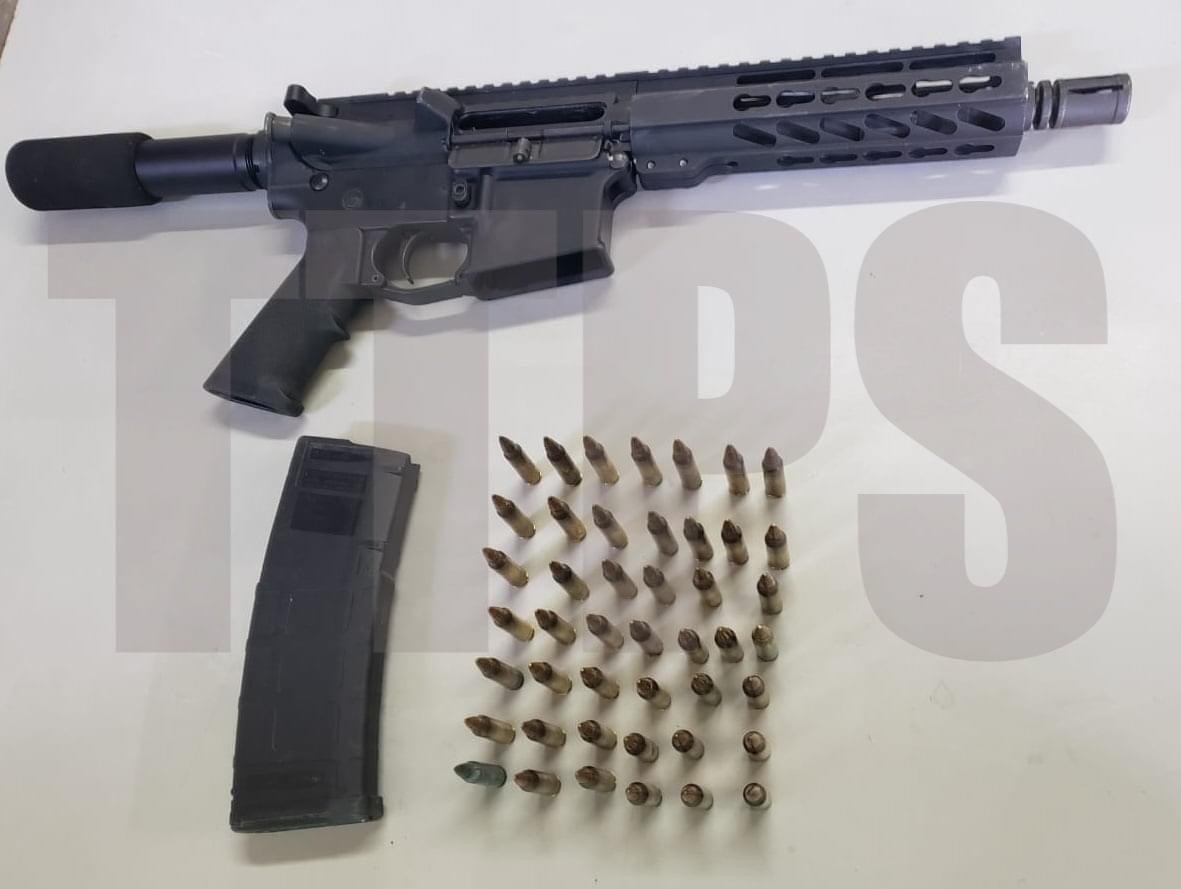 Officers of the Eastern Division found a rifle and a quantity of ammunition at a residence in Valencia earlier today.

During an anti-crime exercise conducted between 10 am and 2 pm, officers went to an unoccupied downstairs apartment of a two-storey building at Quarry Road, Mount Carmel in Valencia.

The exercise was supervised by Insp Taylor and coordinated by Snr Supt Subero and ASP Ramesar. It also included Ag Sgt Mohammed, Cpl Praimdass, and PCs Thompson, Smith, and Andrews.

Allowance given to judiciary for limited in-person hearings 0