A suspect in the murder of Arouca businessman, Nicholas Mohith, was arrested last evening by members of the Special Operations Response Team (SORT).

Around 7:36 pm, SORT members on patrol went to Racetrack Road, Carapo, Arima, in the vicinity of Al Islamia Jammah Mosque, where they observed the suspect standing outside the mosque.

They approached the suspect and informed him of the report of murder being investigated before taking him into custody. 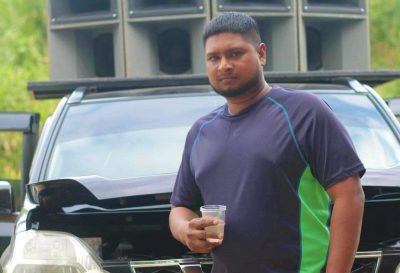 Police also seized one Apple I-Phone 8 from the suspect, who lives at Sherwood Park, Arima. The mobile phone, together with other property belonging to him, were handed over to the Homicide Bureau.

The suspect was taken to the Tunapuna Police Station where he was detained.

Mohith, 31, who operated an auto air-conditioning business, was killed at his business place on Thursday March 11th, 2021, at the Eastern Main Road, Arouca.