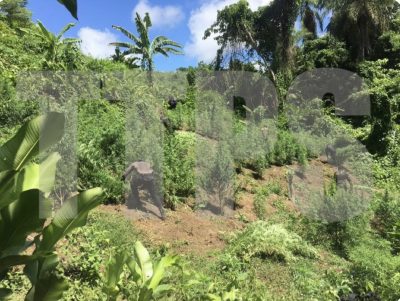 A joint anti-crime exercise has resulted in 9500 fully grown marijuana trees in four large fields and four camps being destroyed in the Southern Division. The exercise which was conducted in La Lune Forest, Moruga.

The operation on 08/08/2019, was spearheaded by ASP Teewarie of the Special Investigations Unit and included Sgt Ronnie Rampallard of the Air Support Unit and other officers of the Special Operations Response Team, Southern Division Task Force and the Trinidad and Tobago Defence Force.

Officers went to the forest where the marijuana trees were found growing. Officers then destroyed them. The drug has an estimated street value of TT $95,000,00.00. Investigations are continuing. 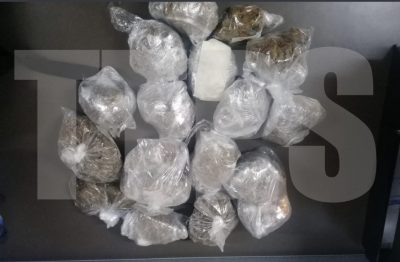 Also officers of the Tobago Division Task Force and Canine Unit found and seized 1.9 kilograms of marijuana. During an anti-crime exercise in the Crown Point Policing District at around 2.30 pm on 08/08/2019, the canine made a hit on a vehicle parked on the Store Bay Local Road.