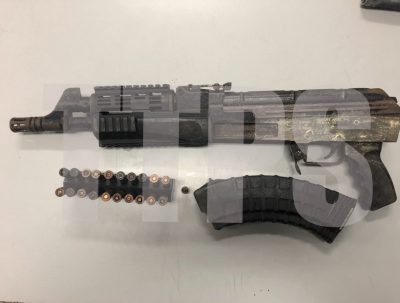 Two men were arrested and a firearm seized in ND today 25/09/ 2019. The men were arrested in the Windy Hill, Arouca community, by officers of the Northern Division Task Force, Area Central who were on mobile patrol at the time.

The officers observed a silver Tiida with heavy tint, they intercepted the vehicle which had two male occupants and conducted a search, during which they found an AK-47 Rifle and 21 rounds of ammunition. They were taken to the Arouca Police Station in connection with the finds.

Tobago not Covid-free, despite no new cases in 25 days 0