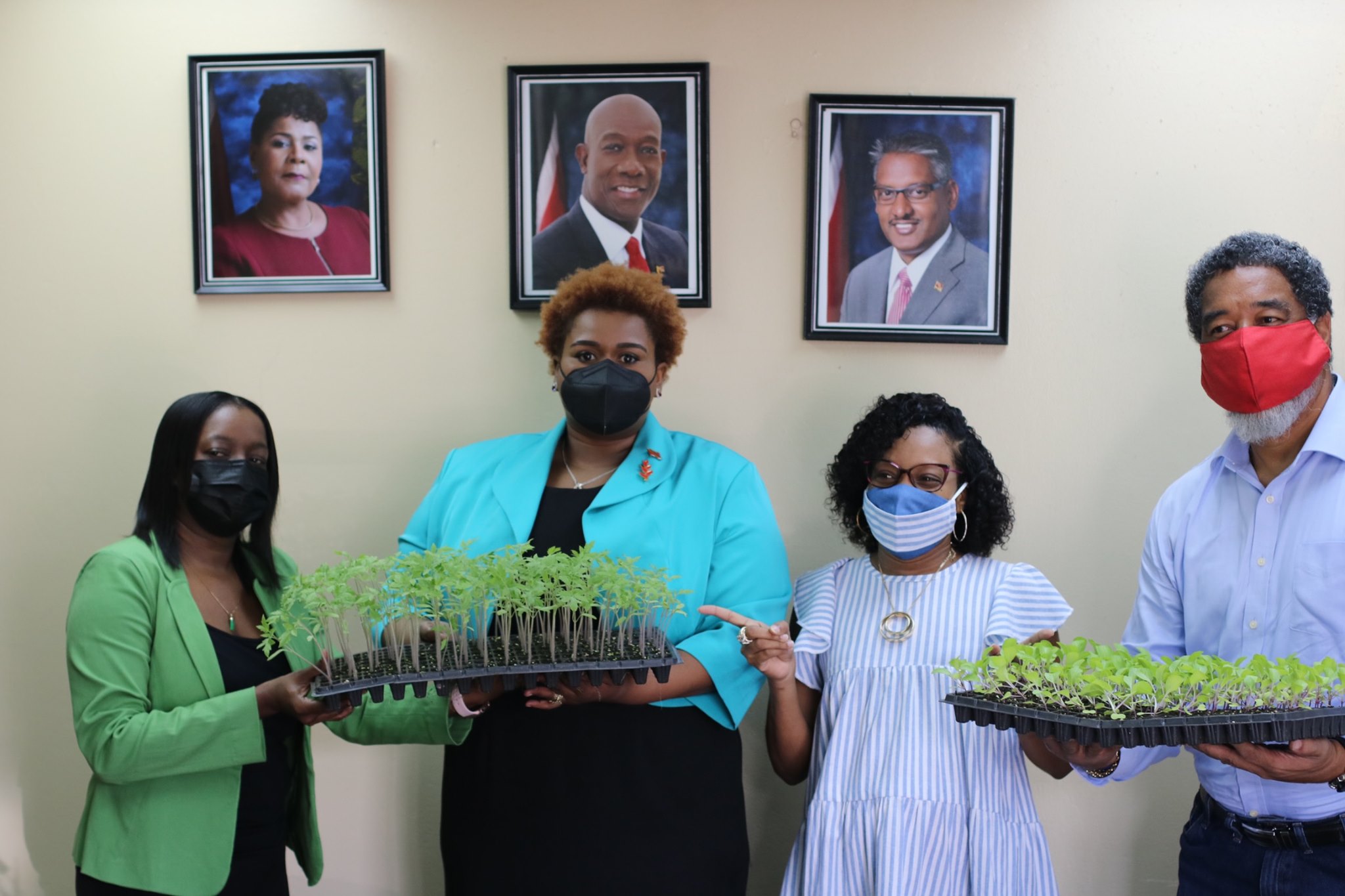 The National Agricultural Marketing and Development Corporation (NAMDEVCO), has provided the Point Fortin Borough Council (PFBC) with pak-choi and tomato seedlings, as part of the Borough’s Grow Your Own Food Drive.

According to a release from Point Fortin’s Mayor, Saleema McCree Thomas, this second phase of the drive further seeks to encourage and support burgesses in their agricultural effort towards sustainable living by planting their own food.

Last November the Council initially rolled out its Grow Your Own Food Drive, in partnership with the Ministry of Agriculture, Land & Fisheries, where planting drums along with 1000 seed packets containing bodi, melongene, corn, pigeon peas, ochro and pumpkin seeds were distributed to burgesses in all six electoral districts.

The Borough Corporation said it was thankful to NAMDEVCO’s Chief Executive Officer Nirmalla Debysingh-Persad and her staff for granting 680 seedlings (340 of each type) to the borough.

Burgesses can expect seedlings to be distributed within their various districts via the Councillor for their area.

More Taxi Fares to Increase Again Due to COVID Restrictions 0