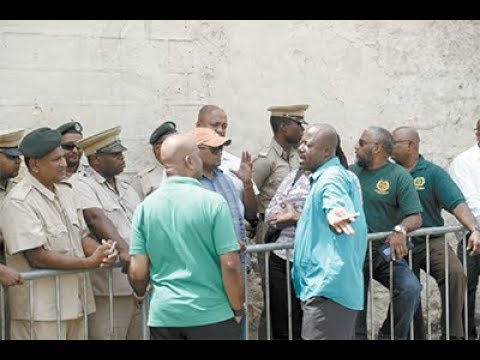 POA believes plans are in motion to dismantle the prison service

The Prison Officer’s Association (POA) is of the view that there presently exists a plan for the systematic dismantling of the Trinidad and Tobago Prison Service.

In a statement on social media, the association said this is occurring through blatant neglect and carefully calculated strategies, to create a perception of institutional chaos/collapse, along with a narrative that due to a lack of national resources, the basic needs of the service, as vehicles, uniforms, infrastructural improvements, an alarm system, overtime payments etc. cannot be met.

This is happening in the same breath as lucrative contracts are being awarded to treat with the same areas which the neglect created.

The POA said the local Prison Service has the worst/oldest vehicle fleet in any ministry, and it is not due to incompetence of staff or our maintenance schedules.

In fact, they said “our garage staff should be commended for their efforts in keeping decades old vehicles on our nations’ roads. The budget for vehicles has seen a steady decline for years, while transportation contracts were awarded and renewed and renewed and renewed. The millions spent on these contracts have diverted the ministry’s attention from the cries of the Trinidad and Tobago Prison Service, which is being ignored, to bolster the smiles of a mega security business, which has ballooned to corner the national security services market.”

The Association, headed by Cerron Richards, said that “Last year, less than two million was allocated to purchase vehicles, these allocations were never released. Various sections have been renting vehicles to carry out daily functions, or forced to beg for old, discarded vehicles from other ministries to repair before being added to our fleet. The Prison Service and the Prison Officers’ Association is saying enough is enough!”

The POA denied comments by Minister of National Security Stuart Young, that the Prison Service is well resourced. And, they asked that he indicate how.
“Is it that we are being outsourced as in the transportation area to make drivers and our core function redundant? The minister must tell the nation the present cost of the Amalgamated contract to transport inmates to clinic and why was this the most sensible choice, which will bring long term value to the Trinidad and Tobago Prison Service and the national purse. “

‘It was also said that Prison Officers are not disgruntled due to the non-payment of overtime. Really? If you were owed money from since the last State of Emergency in 2011 would you be smiling and motivated in any stretch of the imagination?

The Prison Service and the Prison Officers’ Association are collectively calling for the passing of procurement legislation, to have transparency in the awarding of contracts. Not only for price but acceptable standards.

They are asking their line minister and the government to give them the necessary tools to carry out their functions.