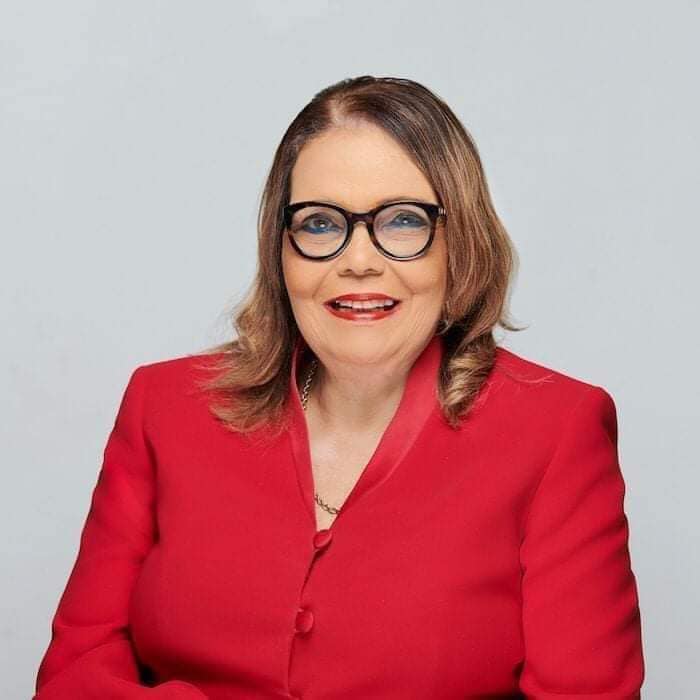 Bodden was a long serving member of the party, having served under both late Prime Minister Patrick Manning and current leader, Dr Keith Rowley.

She led the party in significant national outreach and was a major contributor to the League.

Bodden was also a dynamic force in the corporate world, serving as CEO of the RIK Bookstores and Chairman of the National Schools Dietary Services at the time of her death.

In a social media post this morning, Prime Minister Dr Keith Rowley said he and his wife Sharon and the PNM family are deeply saddened by her passing but more so because they were not able to comfort her during her period of distress. 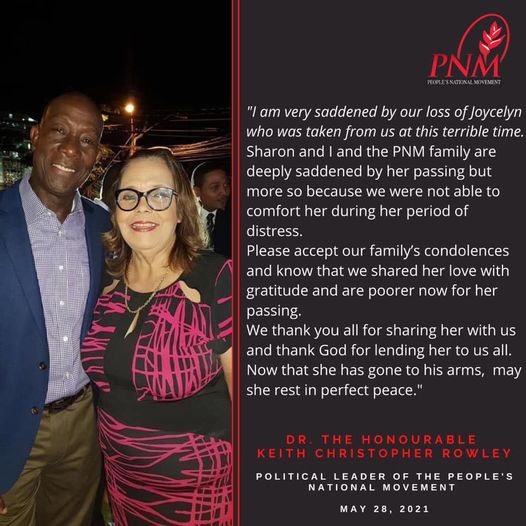 Meanwhile, Chair of the PNM Women’s league Camille Robinson-Regis said Bodden was well-loved and will be greatly missed.

“There is so much sadness in the world right now. The world is dimmer now that one of its brighter lights has passed on. Joycelyn Bodden was a friend to the National Women’s League and always attended our meetings and functions. She participated with joy and gusto, just like she lived her life. She was a woman of kindness and great compassion who embraced everyone she met on this journey we call life.”

“As Welfare Officer she ensured each constituency felt the measure of her love, as she worked tirelessly with her Constituency Welfare Officers to bring joy, comfort, and solace to needy families and more particularly the elderly and the children. Joycelyn was a treasure. A charming and classy woman whom I held in high esteem and regarded as a friend.”

“I recall so vividly during my mother’s(of blessed memory) waning years that she would always call and enquire of her. I also recall her kind and comforting words upon her death. She did the same for Sharon Felix when her mother became ill. After my own recent surgery she called or messaged frequently to make certain I was recuperating and in good spirits.”

“I can honestly say I was honoured and blessed to know her. My deepest condolences to her family; rest assured that the entire League is praying for your comfort during this difficult period. Psalm 147:3 states that “He heals the brokenhearted and binds up their wounds” on behalf of the National Women’s League of the PNM, I pray for healing and God’s binding for us all.”

No water for South and Central as Desalcott repairs Plant 0