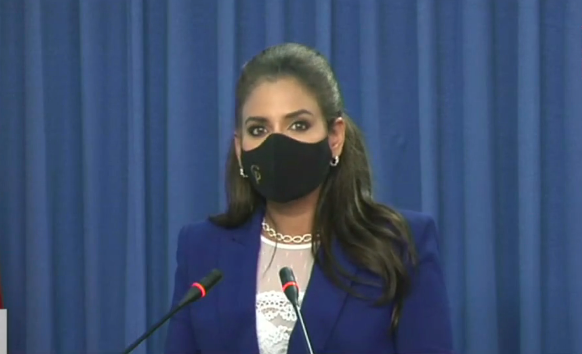 Principal Medical Officer Dr Maryam Abdool-Richards has revealed that there are five children in the Covid-19 parallel healthcare system.

Three of these children are currently warded in the Intensive Care Unit.

Dr Abdool-Richards made the announcement while speaking at the Prime Minister’s media conference on Saturday.

She said the five were admitted over the last week and the trio was placed in ICU in the past three to four days. The three children are on ventilatory support and sedation.

Dr Abdool-Richards said the ministry had started seeing children in need of hospitalisation in September.

She said clinical details of the children could not be given because of patient confidentiality. Abdool-Richards said she could not connect the cases to the Delta variant, as she did not have access to the genetic sequencing information.