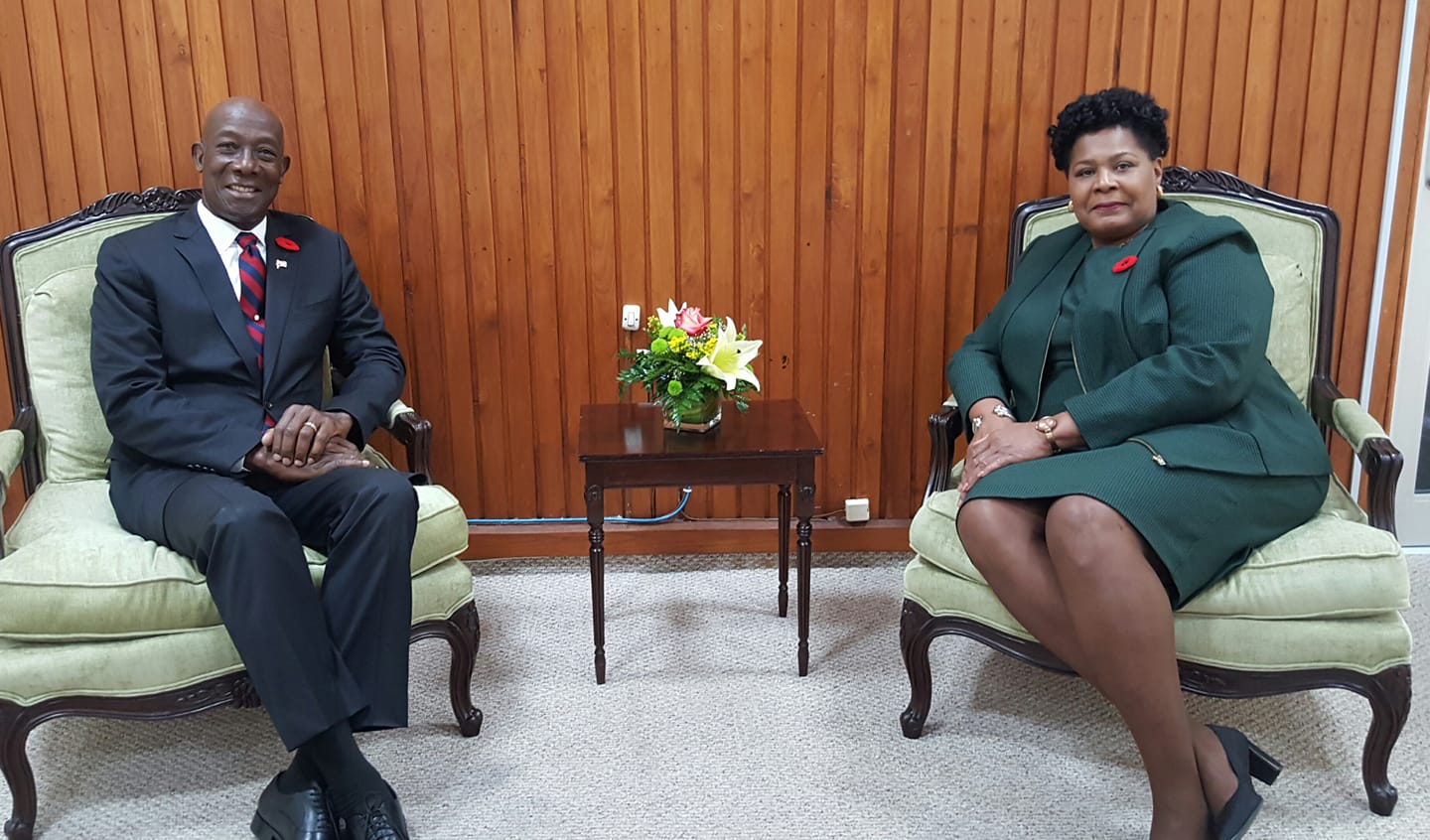 Prime Minister Dr Keith Rowley has come out in defense of the President, Paula-Mae Weekes and has described the motion filed by the Opposition United National Congress (UNC) to have her removed as ‘hogwash.’

On Friday, the UNC filed a motion under Section 36 of the Constitution for a tribunal to investigate the removal of President Paula-Mae Weekes from office.

But during Saturday’s media briefing, the PM labelled the Opposition as “imps, pimps and chimps” for their motion to remove the President and accused Persad-Bissessar of being unaware of the law.

He also accused Persad-Bissessar of creating ‘confusion’ and asked for evidence that Weekes acted improperly with the Police Service Commission (PSC).

He denied Opposition claims that he had met with the President and the PSC, saying: “That is an absolute falsehood, no such meeting took place. And I will go further, I have never involved myself in any selection by the Police Service Commission of any list, I have seen no list, whether it is a substantive post or acting post, I have seen no list, all of that business of the State would be between the Police Service Commission and the President,” he said.

QRC Principal: Students at school and home will have access to quality education. 0

George Comissiong steps up after Serrette resigns as NAAA president 0